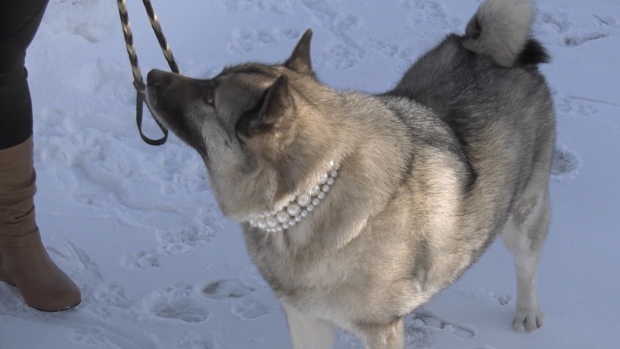 EDMONTON – While the Edmonton Football Team searches for a new name, a local dog owner is making a place for the Edmonton Elkhounds.

The option is one of seven names the football club is considering after shortlisting suggestions from the public.

“They are a very tough breed,” Kendra Tkach told CTV News Edmonton. “They are great in cold weather and I think they would be good for our team.”

Elk dogs are Norwegian hunting dogs that were originally developed to track down and hunt large game.

Tkach works at a pet store and says there are fewer than three dozen in town that she is the proud owner of.

The Edmonton Football Team said the name was chosen as a possibility because of the animals’ loyalty and fearlessness.

“We want to expand the brand to include the fan and gaming experience, and how does this name – how do all these names fit – and they all fit that criteria,” said Chris Presson, CEO of Edmonton Football Club.

Tkach admits she doesn’t think Elkhounds are a front runner with the public, but no matter what the vote goes, she’ll remain a fan.

The public can vote on their favorite name until Sunday, February 14th.

7 issues to do in Edmonton this summer time