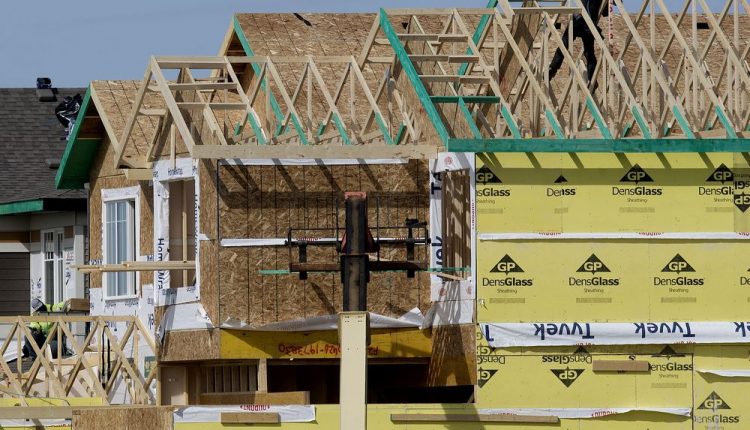 Home office space has been in demand over the last two years with the COVID-19 pandemic forcing people across the globe to set up shop and work from home.

The majority, 61 per cent, of Edmonton homebuyers said a home office is a “must-have” or a feature they “really want,” according to the 2021 CHBA Homebuyer Preference Study. The study shows 63.2 per cent of Canadians said the same, a 2.9 per cent increase from 2020’s study.

The 2021 survey included responses from 18,838 home buyers across five provinces.

“I think that we’re in for a very interesting couple years for what workspace looks like,” Bruno said as COVID-19 restrictions have been lifted in Alberta.

Bruno said CHBA members, which includes residential builders and renovators, have indicated that floor plans including a “flex space” have been more popular amongst buyers as of late.

She said it’s difficult to know what people are using the flex space for, but it could possibly be used as space for a home office. Bruno added some buyers may still look for that extra space depending on their work situation.

“While people have been able to go into the office, many are still looking at hybrid situations that still include working from home a few days a week and this has emphasized the importance of choice and livability of space in a home to accommodate this new norm ,” said Bruno.

Paul Gravelle, chair of the Realtors Association of Edmonton, said there was an “uptick” in interest in homes with a fourth bedroom that could be used as office space.

Gravelle said with people returning to work, he doesn’t believe there will be as much of a demand for that space.

“I think the lifestyle changes that happened over the last two years people took advantage of, now I don’t see it being as big of a draw for most people, but they’ll still want that flex space I think,” Gravelle said .

Gravelle said the desire for home office space, or flex space, will now likely be determined on a case-by-case basis.

“It’s not going to be as high. It all depends, it will depend on the consumer that’s searching,” he said.

“There’s friends of mine that have been relegated to work from home, like they’re not going back into the office. So, them knowing that, they’re going to be like, ‘you know what? In the next home, I’m going to need a home office,’ and it will be an important thing for him. Other people, hybrid, not as big of a deal for them.”

Regardless of what buyers are looking for, Bruno said the industry will be able to continuously meet buyers’ needs — home office or not.

“It’s really fantastic to have an industry that is able to be nimble and provide homeowners the type of home that they’re looking for giving the fact that we’ve had such a change in what people are using their homes for,” said Bruno . “We have an industry that can read the market and deliver those options and changes.”