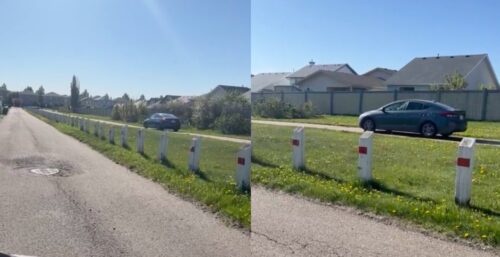 Sometimes vehicles end up in some of the most peculiar spots and a Reddit post reportedly in Edmonton shows a car just casually driving along a pedestrian path in the city.

The video was posted on Tuesday morning, with many people finding the humor and a bit of puzzlement in the eight-second clip, which shows the car slowly driving down the path right beside a back alley and a row of homes.

“Taking shortcuts to conserve fuel. Can you imagine lol,” wrote one user. “Hahahahahaha. Sh*t that classic,” wrote another.

People also went the usual route of commenting that there must be no photo radar in that location, as well as making guesses as to where exactly in Edmonton the video was taken.

This comment, however, sums it up: “You’re doing it wrong, you’re supposed to walk on the path and he’s supposed to drive in the alley.”