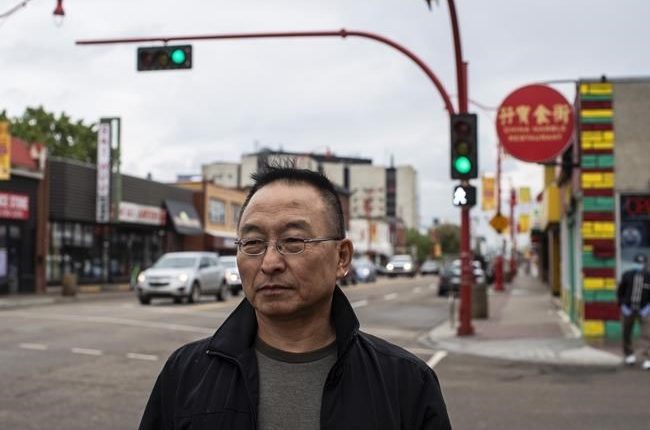 EDMONTON — The 97 Hot Pot restaurant in Edmonton’s Chinatown used to be crowded on weekends, with some customers lining up and craving slow-cooked veggies, lamb and beef.

But that hasn’t been the case lately.

Manager Vincent Lau says the killings of two workers from nearby shops last month and years of social disorder in the century-old downtown neighborhood have scared away many regulars.

“Business has died down significantly in the last few weeks,” said Lau, who lives a 15-minute walk from the restaurant.

“Chinatown has been here for a long time, so it’s sad to see. Being able to have a safer area would welcome more guests and more citizens to this part of the city.”

Wen Wong, executive director of the Chinatown and Area Business Association, said the district in the McCauley neighborhood has been deteriorating over the last 20 years.

The decline worsened during the COVID-19 pandemic, when the oldest bakery in the community was burned to the ground and multiple other cases of arson and vandalism followed.

Edmonton police said there has been an increasing trend of violence, disorder, and property crime in areas including Chinatown, the downtown, and the transit system.

Wong said years ago, many Chinatown businesses stayed open late into the night to serve a busy clientele. Many close now by 6 pm and, during the day, operate with their doors locked so customers have to knock to get in.

“We surveyed our members and said close to 100 per cent Chinatown is extremely dangerous, especially at nighttime,” said Wong, adding he doesn’t walk outside at night.

Lau said the killing of Ban Phuc Hoang and Hung Trang a few blocks away from his restaurant has made it difficult to attract customers. Hoang was working inside his electronics store when he was attacked. Trang was found dead outside the autobody shop where he worked.

Lau said some of his larger male workers have been regularly walking servers out to their cars after shifts “because we’re scared of what might happen.”

Wong said addiction and mental health issues have worsened and more people have been in the area to access nearby social service centres.

Volunteers have been collecting as many as 300 needles a month in the community, which is just a few blocks from Edmonton’s safe drug consumption sites, he said.

“I don’t understand why and how safe injection sites and these centers were all placed near Chinatown,” Wong said.

“We have a lot of homeless who come in and they don’t want to leave,” Lau added.

“We have to call the police, which sometimes takes up to an hour. By that time, they have made a mess.”

Wong said he counted 150 businesses operating at the start of the pandemic and today there are about 120.

Children of many of the business owners tell their parents they don’t want to continue running their family shops because of how challenging it has become, he said.

“We are having less and less Chinese owners, because they are getting old. It’s hard for the Chinese community.”

Lau and Wong agree two solutions would help Chinatown become the colourful, tourist-friendly and vibrant neighborhood it was once: more security and fewer social service centers in the area.

In the long term, the city plans to urge the province to stop releasing mental health patients and those released from provincial corrections facilities onto the streets. This, after questions have been raised about why the man charged with killing Hoang and Trang was dropped off in Edmonton by RCMP when a bail condition stated he could only be in the city for an addictions treatment program.

Edmonton police said it is also creating a strategy to increase community safety along with more officers in downtown areas.

Wong said 12 security officers in cars, on bikes and on foot have been patrolling the area from 9 am to 9 pm, seven days a week since the funding was released. It will cover their costs for up to six months.

He’s not sure about what will happen after that.

“We hope we will see a big change for the better.”

This report by The Canadian Press was first published June 18, 2022.