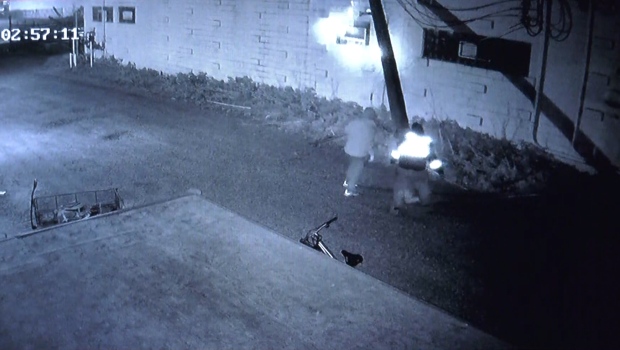 Two Edmonton males have been caught making an attempt to steal copper wire.

Security footage shows two men riding bicycles with a cart full of tools in northern Edmonton. One man even went so far as to wear a fluorescent safety vest.

Scott Kelly, CEO of ICOM Mechanical, was called into the building with reports of a cut power pole. He believes the rod was cut off with a saw to get the wires.

“It glowed like a Christmas tree when they dropped the pole on the floor,” said Kelly.

While the repair was a huge loss for the tenant, the thieves left almost nothing.

“Even if it was valuable wire, unfortunately they got aluminum wire,” he said.

Steve Petrushka, an employee at Provincial Electrical Services, believes the men had some electrical knowledge to do the risky job.

Oh, what a begin into fall: Edmonton forecast for September 23-26