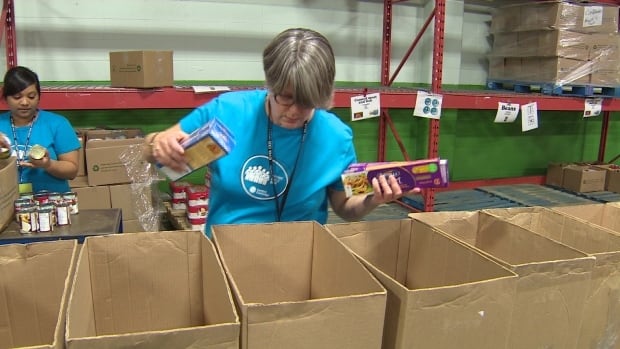 Edmonton Food Bank is seeing a dramatic increase in the number of people in need of food baskets, says executive director Marjorie Bencz.

The board also has a better idea of ​​who is using the program after compiling the results of a survey of 500 users. The survey found the following:

“This group is so marginalized and chronically unemployed,” said Bencz.

Beyond Food Manager David Berger talks about the program that was created to fill the service gap faced by people who use the food banks. 0:47

Those numbers are also up from 2015, when 36 percent of respondents received income support and 13 percent received AISH.

Both groups need more help from the province to pay their rent and food bills, Bencz said.

Following the survey was published in 2015, the food bank launched Beyond Food, a program to help clients improve English and math, job search assistance such as resumes, interview skills, security tickets, first aid training, and budgeting.

“In the survey, 75 percent of people said they weren’t connected to any service other than the board,” said program manager David Berger.

Although the program’s success is difficult to measure, “we hear anecdotal from people who get jobs by working with us,” said Berger.