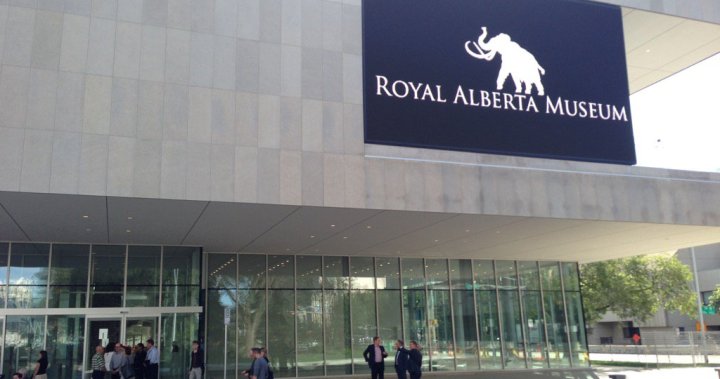 A New Year can mean a fresh start, and that’s what the Royal Alberta Museum expects from 2018.

The museum staff has been working for several years to package and transport hundreds of thousands of artifacts from the Glenora location to the new museum in the city center. Executive Director Chris Robinson says the museum’s collection is 2.4 million pieces and about 400,000 are now downtown. Although the museum is moving to a new space that’s twice the size of the old one, staff still have to be selective about what to display in their 84,000 square feet of exhibition space.

“We have already exhibited 580 of the 5,300 objects, so there is clearly still something to be done. We have most of the 80+ media pieces ready and of course we have a lot more packing and moving, ”said Robinson, making sure not to promise a specific date for a grand opening. “So 2018 is going to be a big year for us and we’re looking forward to it, I just can’t predict when 2018 (we’ll open the museum).”

2:17
A view of the new Royal Alberta Museum as the building takes shape

A view of the new Royal Alberta Museum as the building takes shape – Aug 16, 2016

With so many big new projects downtown – the new arena and surrounding ICE district developments, Art Gallery of Alberta, library renovation, and construction of the LRT, to name a few – the museum may be in the chaos of the city got lost last couple of years. Robinson expects, however, that 2018 will be a “banner year” for the museum and that its shiny new building will play a significant role.

“There are some things in architecture that recognize the more granular street pattern that Edmonton used to have, the downtown area, avenues and streets that have disappeared,” said Robinson. “There is a confirmation from the post office that used to be on this page. But I think more importantly, great museums have great collections. We’re going to tell a story of Alberta through the Royal Alberta Museum that you won’t find anywhere else, and that’s because it’s based on the collections our curators have put together over the past 50 years.

“We showed some of the things that the people of Glenora know in a completely different context, things like some of the Wild Alberta dioramas, but we know that these are very popular with the people, so they are out.” ” said Robinson. “We also added a children’s gallery that we haven’t had in the past.”

Robinson finds the children’s gallery particularly exciting for young visitors. He describes it as a “digital sandbox” with multiple layers of information, a concept he couldn’t even get into his head until he saw it in action.

“In this sandpit, children have the opportunity to create snow-capped mountains, lakes, rivers, an active volcano, they can make it rain, there is a thunderstorm, it was pretty amazing.”