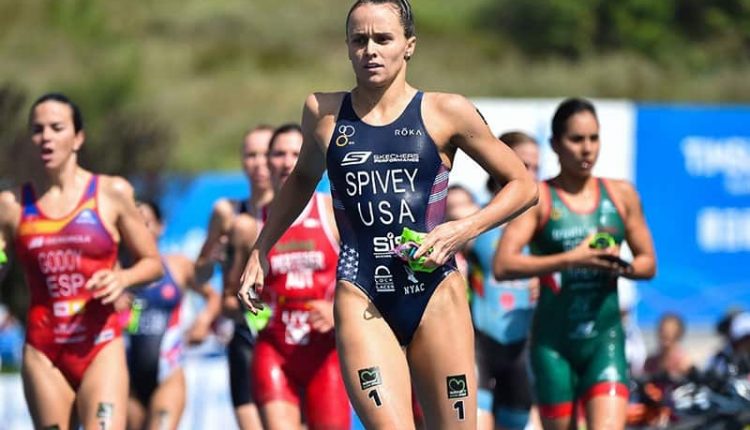 COLORADO SPRINGS, Colo. – Katie Zaferes (Santa Cruz, Calif.), The current premier ITU World Triathlon Series, may not be on the WTS Edmonton starting list this weekend, but the field is wide open for a US woman to break the bond. Four of the top five places on the starting list are held by Americans – led by Taylor Spivey (Redondo Beach, California) as No. 1.

The race in Edmonton, Alberta, marks the final regular season stop of the WTS circuit. The season then ends with the ITU World Triathlon Grand Final in Lausanne, Switzerland on August 31st.

The action continues on Sunday with the fourth stop of the ITU World Mixed Relay Series as a US team of four (two men, two women) will attempt to reach the mixed relay podium for the second time this year. The season begins at 6:30 p.m. ET (4:30 p.m. local time).

Both the individual races and the mixed relay will be broadcast live on triathlonlive.tv, with subscriptions available.

ITU World Triathlon Edmonton
Spivey wants to be at the top of the WTS podium for the first time this weekend. She’s currently number 4 on the season’s WTS rankings, but the top three – Zaferes and Britons Jessica Learmonth and Georgia Taylor-Brown – are all sitting out of the event this weekend. Spivey has won two WTS medals this season – a silver medal in Abu Dhabi, United Arab Emirates, and a bronze medal in Yokohama, Japan. She has placed no less than sixth in a WTS race this season.

Summer Rappaport (Thornton, Colorado) is in second place on the start list. Rappaport has twice found the podium in WTS races this season, including silver in Yokohama and bronze in Hamburg. In addition, she was a regular medalist in the ITU World Cup, including victories in Miyazaki, Japan, and Huatulco, Mexico.

Chelsea Burns (Seattle, Wash), # 4 on the starting list, is looking for her first WTS medal of her career. Her highest career result in a WTS race was ninth – 2015 in Cape Town, South Africa – but she is a four-time ITU World Cup medalist.

In fifth place is Taylor Knibb (Washington, DC). The 2018 ITU U23 world champion won her first and so far only WTS medal in Edmonton in 2017. So far this season she has achieved two top 5 placements on the WTS track and was in at the start of the series. just three seconds from the podium, Abu Dhabi.

Tamara Gorman (Rapid City, SD) is 11th on the start list. Gorman is the 2017 U23 world champion and finished ninth in his career at the WTS earlier this season in Yokohama.

The US men’s team is headed by Matt McElroy (Huntington Beach, California) in 14th place on the starting list. Last month in Leeds, England, McElroy won the first WTS medal – a silver one – for a US male since Jarrod Shoemaker in 2009. A week later, he continued his success with a bronze medal at the Nur-Sultan ITU World Cup in Kazakhstan .

Morgan Pearson (Boulder, Colorado) rounds off the top 20 on the starting list. Pearson reached the ITU World Cup podium for the first time in Huatulco last month and took silver. He has two top 15 placements on the WTS track.

Seth Rider (Germantown, Tenn.) Will be looking for another strong WTS performance after finishing twelfth in his career at the ITU World Triathlon Montreal on June 29.

Also at the start is Eli Hemming (Kiowa, Colorado), who has momentum on his side after his sprint to his first ITU World Cup victory last weekend in Tiszaujvaros, Hungary. Hemming has shown that he can compete with the world’s best on the WTS track, with an eleventh place in his career achieved in Bermuda last year.

Ben Kanute (Phoenix, Arizona), a 2016 US Olympic gold medalist, will have his turn in Edmonton. Although he didn’t crack the top 20 in a WTS race this season, he won the Bridgetown CAMTRI Sprint Triathlon American Cup in April and took silver at the Chengdu ITU Triathlon World Cup in May.

Robby Webster (Puyallup, Washington), silver medalist at the 2018 Montreal CAMTRI American Cup, will also compete for the US men.

ITU World Triathlon Mixed Relay Series Edmonton
On Sunday, a team of four selected US athletes will fight for the podium at the fourth stop of the ITU World Triathlon Mixed Relay Series. In the mixed relay, which will be held as a medal competition for the first time at the Tokyo 2020 Olympic Games, two men and two women form each team. Each athlete completes a super sprint distance of 300m swimming, 6km cycling and 1.6km running before heading to the next teammate, with the fastest combined time winning the race.

The US squad took silver at the start of the series in Abu Dhabi, then finished 10th in Nottingham, England, and ninth place at the ITU Mixed Relay World Championships in Hamburg. Edmonton marks the fourth stop before the series ends in Tokyo, Japan on August 18.

The team line-ups for the relay will not be finalized until Saturday afternoon after the WTS race. The final relay start list will be published on triathlon.org. A total of 16 teams compete against each other.

About USA Triathlon
USA Triathlon is proud to serve as the national governing body for triathlon, duathlon, aquathlon, aquabike, winter triathlon, off-road triathlon, and paratriathlon in the United States. Founded in 1982, USA Triathlon organizes more than 4,300 events and connects more than 400,000 members each year, making it the largest multisport organization in the world. In addition to its broad-based work with athletes, coaches, and race directors – as well as the USA Triathlon Foundation – USA Triathlon provides leadership and support services to elite athletes participating in international events, including the International Triathlon Union (ITU) World Championships, Pan American Games, and the Olympic Games Paralympic Games. USA Triathlon is a proud member of the ITU and the United States Olympic & Paralympic Committee (USOPC).