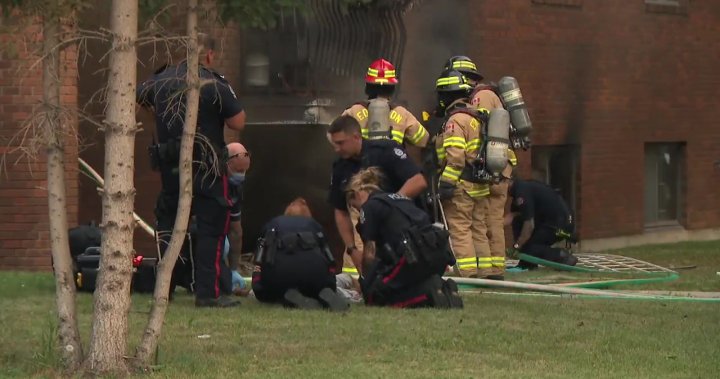 Three people required medical attention after a fire at an apartment building in central Edmonton that police said was being treated as suspicious.

Just after 7 pm Friday, Edmonton police and fire departments responded to a report of a suspicious fire at an apartment building near 117 Street and 108 Avenue.

The Edmonton Fire Department said the blazes were contained to a single unit, although the entire building was evacuated.

According to the police, three people were treated with minor injuries. The fire was brought under control within 15 minutes, EFRS said.

The cause is currently unknown, but police said their officers are assisting the investigation “as the circumstances appear suspicious”.

The areas between 116 and 117 streets and 108 and 109 avenues were closed to motorists Friday night while the investigation continued.