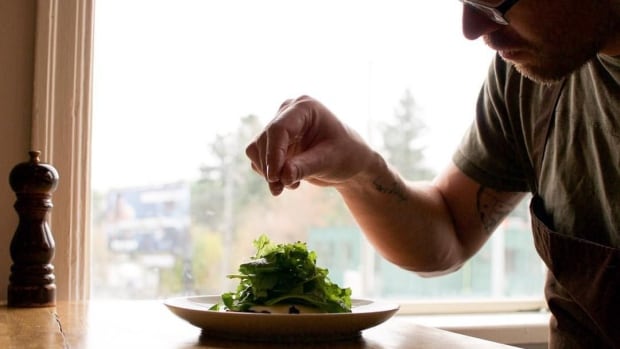 It’s a mixture of Edmonton food and The Amazing Race — sort of.

The third annual Edmonton Culinaire Treasure Hunt is this September. Teams of two have six hours to go to as many of the 30 restaurants on the list as possible to fill out a stamp card.

Linda Garson, who organizes the hunt, said a variety of businesses across the city and beyond are participating this year, though she wouldn’t reveal any names. She said participating businesses can vary from restaurants to bars to liquor stores or even kitchenware shops.

“It’s a full day of racing around the city and outskirts,” Garson told CBC’s Radio Active.

Garson, who is also the editor-in-chief of Culinaire Magazine, said the businesses will have a variety of activities as well. If there were a seafood restaurant, for example, you might have to shuck an oyster.

Each business has a unique task, whether it’s to consume food or drink or to identify a type of cheese, for example.

“We’d like it to be a little educational in the sense that we’d like to think you are learning something,” she said.

The treasure hunt can accommodate 100 people or 50 teams of two. Some of the businesses involved are smaller and wouldn’t be able to handle larger groups of people, Garson said.

Because the businesses are all across the city and even in neighboring cities, Garson said it’s best to have some mode of transportation. But for those without transportation, there are enough participating businesses in concentrated areas.

“You can still have a great day downtown,” she said. “[But] some form of transport would be ideal, even if that’s a unicycle.”

Prizes will be awarded at the end of the day for most businesses stamped — and Garson said she may even give one out if someone actually uses a unicycle.