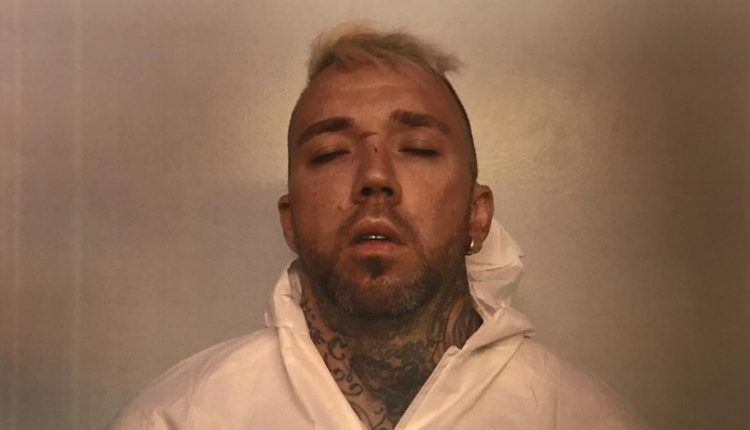 EDMONTON — Two women told a murder trial that aliens, 5G technology, the government, and a spiritual awakening occupied a man’s mind before he was charged in the fatal stabbing of a seven-year-old girl.

David Moss, 36, is seeking a ruling that he is not criminally responsible of second-degree murder in the May 18, 2020, death of Bella Rose Desrosiers in her southeast Edmonton bedroom.

His wife, Tracy Couture-Strarosta, and his sister, Apryl Pfunder, tested Wednesday about how Moss’s mental health took an extreme turn before Desrosiers’ throat was slashed with scissors.

“He told me that he was having thoughts of self-harm, and harming Tracy and the kids,” Pfunder told the judge-alone trial.

Bella’s mother, Melissa Desrosiers, was a new friend of Moss’s at the time. She tried to defend her daughter, but Moss pushed her away, according to the agreed statement of facts in the case. Moss was staying at the Desrosiers’ home at the time.

Pfunder testified that she grew up with Moss in High Level and Holden, Alta. She said there was some abuse in the family and that they practiced spirituality using crystals.

Pfunder said Moss suffered from a severe brain injury after he was hit with a rock when he was a teen.

“They put it back together like a jigsaw puzzle and then put a metal plate inside of his head,” she said.

Couture-Strarosta testified that a few years later she met Moss and had four children with him. She said the marriage was “good and bad” but that he would regularly argue with her about conspiracy theories that included aliens.

“He would just say like ‘they’re coming to me, I can feel it,'” Couture-Strarosta said.

She told court he would wake up in the middle of the night to go for walks to get away from a tower near their home that he believed was creating vibrations in his ears.

After the COVID-19 pandemic began in March 2020, the family temporarily closed their tattoo shop.

A month later, “he decided he was going to leave me,” Couture-Strarosta said.

They continued living in the same home with the kids during the pandemic but slept in separate bedrooms. Finances became a concern. Couture-Strarosta said a few days before the killing, Moss began posting offensive rap songs about her and his mom on social media.

A day before the killing, Couture-Strarosta said she woke up to the sound of Moss sobbing in his room. He told her he had affairs with other women and was sexually assaulted by a cousin when he was nine years old.

Couture-Strarosta became upset and went to stay at her mother-in-law’s home while Pfunder took care of their children. That night, Pfunder said Moss barricaded himself in his tattoo shop.

Pfunder testified he told his older sister he was seeing spirits, demons, and a little girl waving at him, and that he hadn’t eaten or slept in five days because he wanted to stay in the spiritual world. But he promised pounds over the phone that he would eat and sleep that night.

The next morning, Couture Strarosta said Moss called her and said he was going to kill himself and her. He also told her he had sexually assaulted a cousin.

“This wasn’t a David I’ve ever heard before,” Couture-Strarosta said while weeping on the witness stand.

She told court she called the Edmonton Police and Crisis Response Team and asked them to take him somewhere. They evaluated him and scheduled another meeting with them at 4:30 pm that day but he never went.

Couture-Strarosta said Desrosiers mother, Melissa, volunteered to take Moss to the hospital to get him help. The two were new friends at the time.

Desrosiers picked up Bella and her younger sister from their aunt’s home and arrived at her house with Moss that evening.

While Moss took a shower, Desrosiers took her daughters to their bedroom for the night. Their aunt was to babysit while Melissa took Moss to the hospital.

GRAPHIC WARNING: The following details may disturb some readers.

Court heard that Desrosiers was about to kiss Bella good night in the room she shared with her sister when Moss, wearing only shorts, appeared in the doorway. He was holding a pair of scissors he had retrieved from a kitchen drawer.

Crown lawyer Shivani Naidu-Barrett said Moss pushed Desrosiers aside and began slashing Bella in her neck with the 20-centimeter blade. Desrosiers fought him as she told her other daughter to run to the bathroom and lock herself inside.

“Moss continued to cut Bella’s neck to the point of almost decapitating her,” Naidu-Barrett said.

When the police arrived, they found Bella dead. Moss, his hands and feet bloodied, was sitting on the couch.

Pfunder said she spoke to Moss while he was in custody and he said he didn’t remember Bella’s killing.

The trial is to continue on Thursday.

This report by The Canadian Press was first published June 8, 2022.