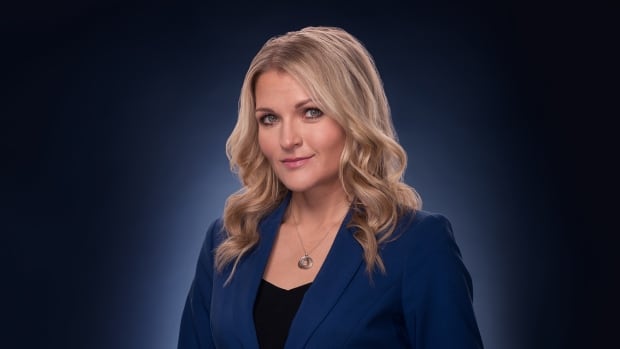 Nancy Carlson joins the CBC team as the producer and host of News at 6.

Nancy joins us from Global Edmonton, where she has been producing and hosting the 11pm newscast since 2011. More recently, Nancy has also co-anchored Global’s 6pm newscast.

A graduate of the University of Alberta and the University of Regina, Nancy’s passion for journalism is equated with her commitment to improving our community. Her love of running led her to organize a 3-mile run to help those evacuated from the 2016 Fort McMurray wildfire. Nancy and her sister Christine enjoy coffee on Whyte Avenue. (Nancy Carlson)

Although Nancy has worked in Winnipeg, Regina, and Red Deer, she is an Edmonton native through and through.

“Joining the CBC Edmonton team is an exciting step for me,” she said. “Hosting CBC Edmonton News at 6 gives me the chance to share the stories of my hometown and beyond. I look forward to new challenges and milestones with the news team on all platforms.”

When Nancy isn’t at work, she likes to relax with a run and a good podcast or try a new cookie recipe. As a cat lover, Nancy is also a new parent to a dog named Rooster. Don’t be surprised if you see them in your fitness class or in your favorite coffee shop.

Nancy’s first newscast will be on Monday April 8th.

You can watch the news from CBC Edmonton on CBC TV and live on the CBC Gem streaming service. Connect with us online or on Facebook, Twitter and Instagram.