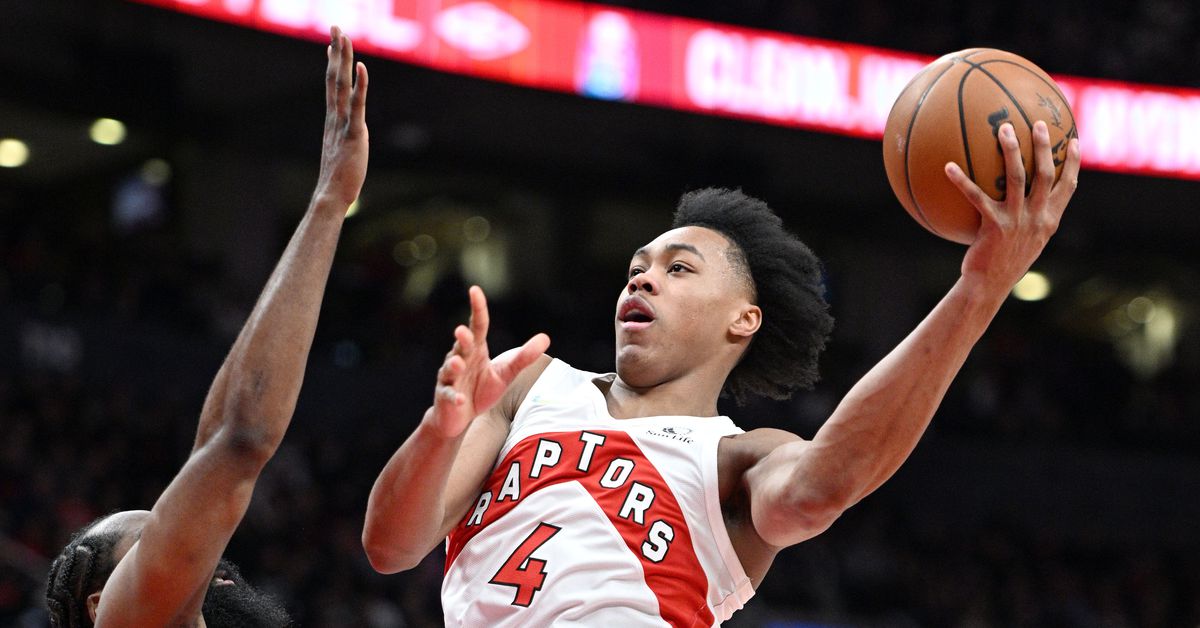 Apr 28, 2022; Toronto, Ontario, CAN; Toronto Raptors forward Scottie Barnes (4) shoots the ball against the Philadelphia 76ers in the second half during game six of the first round for the 2022 NBA playoffs at Scotiabank Arena. Mandatory Credit: Dan Hamilton-USA TODAY Sports

Aug 3 (Reuters) – The Toronto Raptors will host the Boston Celtics and Utah Jazz for preseason games in Edmonton and Montreal, the NBA said on Wednesday as its Canada Series returns for the first time since the COVID-19 pandemic.

The two games are part of a series aimed at growing the game in Canada and will tip off with Toronto, whose roster features reigning NBA rookie of the year Scottie Barnes, facing Utah on Oct. 2 in Edmonton.

The reigning Eastern Conference champion Celtics, who are led by three-time NBA All-Star Jayson Tatum, will then face the Raptors on Oct. 14 in Montréal.

“It’s so good to once again be able to play in front of our fans across Canada,” Raptors General Manager Bobby Webster said in a news release.

“It’s a fantastic reminder, as we begin a new season, that we are Canada’s team, and we look forward to making Raptors fans proud, no matter where they are cheering from.”

Toronto are Canada’s only NBA team and set off a country-wide celebration in 2019 when they beat the Golden State Warriors for their first championship.

Reporting by Frank Pingue in Toronto Editing by Toby Davis