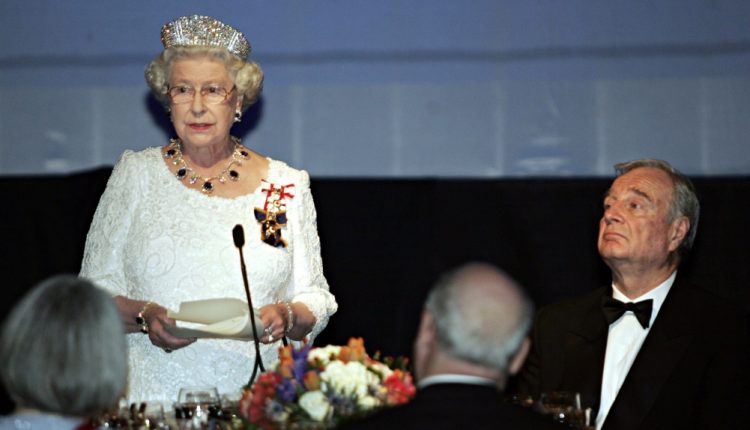 Queen Elizabeth II, the Queen of the United Kingdom and several Commonwealth countries including Canada, has died. she was 96

The Queen visited Edmonton three times during her 70-year reign, and once before she became Queen.

Here’s a look at her visit to Edmonton:

Princess Elizabeth visited Edmonton with her husband, Prince Philip, in the fall of 1951 on behalf of her father, King George VI, as he had lung cancer.

During her 10-hour visit, she completed a 32-kilometre procession around the city, visited with the Albert premier at the same, and watched the local football team at Clarke Stadium.

Queen Elizabeth II returned to Edmonton in the summer of 1959.

She was in Edmonton for under five hours, where she was welcomed by government officials at the Canadian National Railway station, now the site of the CN Tower, and city hall.

She also planted an elm tree at Coronation Park and had lunch at the legislature.

Queen Elizabeth II stands beneath her umbrella for the national anthem during rainy Alberta centennial celebrations at Commonwealth Stadium Monday, May 23, 2005 in Edmonton. (CP PHOTO/Paul Chiasson)

In her third trip to Edmonton, Queen Elizabeth II opened the Commonwealth Games at the new Commonwealth Stadium.

In the two days she spent in Alberta’s capital, the Queen attended a banquet hosted by then Premier Peter Lougheed, and visited Edmonton Cenotaph, Edmonton Art Gallery and Churchill Square.

She also attended sporting events at the University of Alberta’s Clare Drake Arena, the Kinsmen Aquatic Center and the Northern Alberta Jubilee Auditorium.

The Queen made her final trip to Edmonton in the spring of 2005 to celebrate the 100th anniversary of Alberta joining the Confederation. 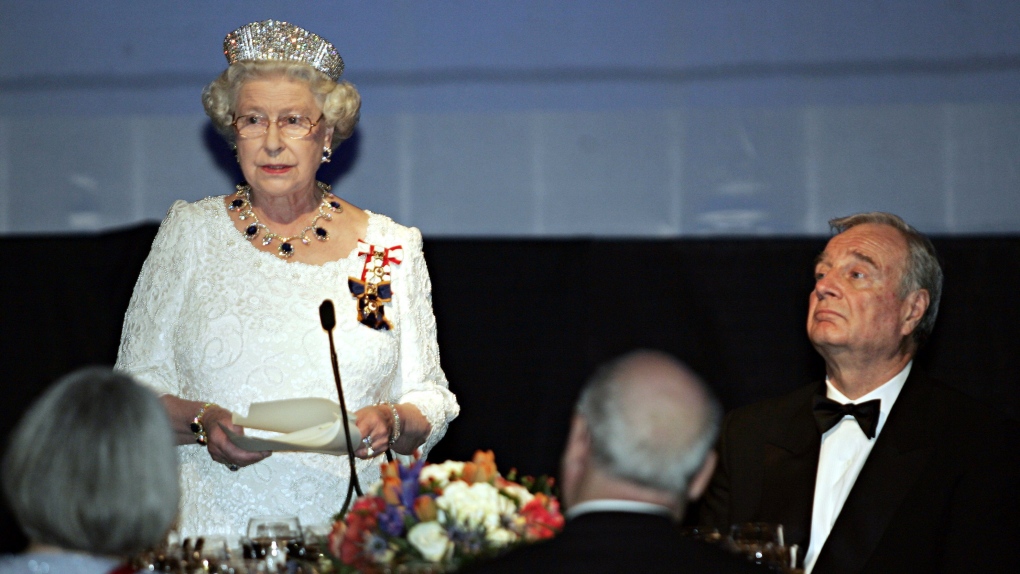 During the two-day trip, Highway 2 was renamed to Queen Elizabeth II Highway and Provincial Museum of Alberta was renamed Royal Alberta Museum.

Stephen Mandel, Edmonton’s mayor at the time, told CTV News on Thursday it was “a tremendous honor” to host the Queen.

“It was a wonderful day…she’s so warm and friendly,” Mandel said. “A fine lady, a fine person.”

Mayor Amarjeet Sohi offered his condolences in a statement and invited Edmontonians to pay their respects.

The provincial government created a book of condolences online. Flags will be at half mast during the 10-day mourning period.