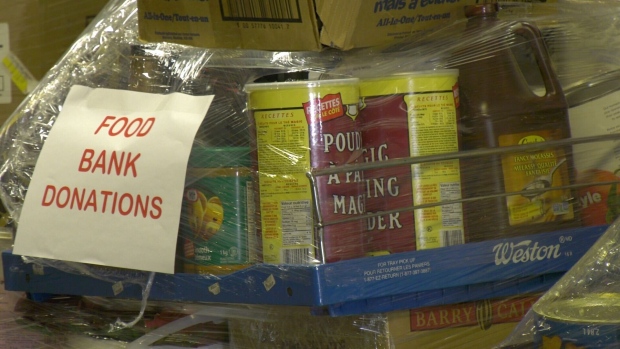 EDMONTON – Edmonton’s Food Bank benefits from an excess of food left over from the NHL’s activities in the western center of the NHL.

Over 45,000 kilograms of food unused in Edmonton’s NHL bubble was purchased by the Edmonton Oilers Community Foundation (EOCF) for just over $ 100,000 and then donated to Edmonton’s Food Bank.

During a photo op on Thursday morning, EOCF Executive Director Natalie Minckler told CTV News that this is the first investment her organization is making with the proceeds of their recent online 50/50 drawing.

“The Albertans were so supportive (the 50/50) during the play-in rounds and also in the Stanley Cup finals,” said Minckler. “We are happy that it is really the entire community that is helping us today to make this donation.”

Minckler added that the timing of the donation is important to the EOCF.

“It was really important that we got this food up on the table on Thanksgiving weekend so they could distribute it to individuals, families and agencies and use it in the community,” she said.

During Thursday’s photo op at Rogers Place, multiple pallets of groceries such as popcorn, pumpkin pie mix and peanut butter were loaded onto the EOCF truck.

“Some of these are larger quantities,” she said. “That can be used in soup kitchens and other accommodations, and then some of the smaller packages can be used in our basket programs for individual families.”

Minckler told CTV News that EOCF hopes to publish its next donation announcement in the next few weeks.