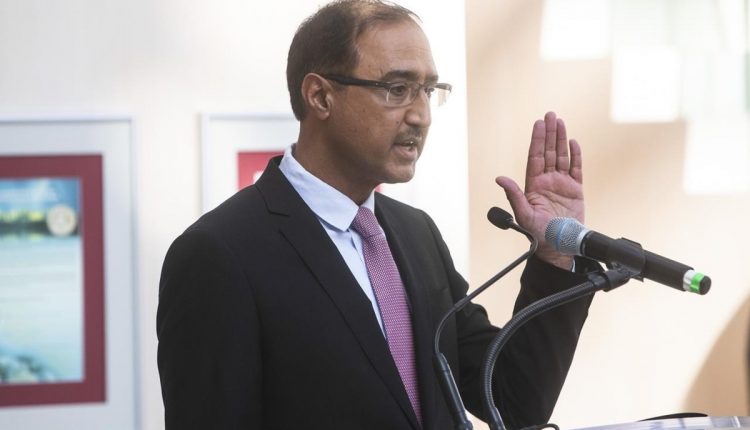 Edmonton Mayor Amarjeet Sohi highlighted provincial funding discrepancies between his city and Calgary to tackle homelessness as he outlined Thursday a plan to address rising crime in the downtown area.

Edmonton Mayor Amarjeet Sohi highlighted provincial funding discrepancies between his city and Calgary to tackle homelessness as he outlined Thursday a plan to address rising crime in the downtown area.

He added that Calgary also receives 40 to 50 per cent more in funding to support community efforts to end homelessness.

“I don’t understand the reason for this discrepancy when both cities are facing similar challenges,” he said.

“We’re asking the government of Alberta to immediately close this discrepancy and provide Edmonton the same level of support they provide to Calgary.”

Sohi’s comments come after the city published Thursday the final version of its safety plan for downtown, Chinatown and the transit system. The city abided by a deadline set two weeks ago by Justice Minister Tyler Shandro.

Shandro used his ministerial power to demand a report from the city on what is being done to get crime under control. In a letter to Sohi on May 26, Shandro also pointed to the recent killings of two men in Chinatown.

Sohi said he had been working on problems affecting the city’s core since he took office in October. He has said the areas of action that help address social disorder — mental health, drug addiction and homelessness — are mainly within the province’s jurisdiction.

“If (the province is) really and truly serious about safety and about the well-being of Edmontonians, then give us the same support that you give Calgary,” he said.

In the short term, the city will put more police and peace officers on the street, fund private security to patrol Chinatown, implement programs to prevent and respond to drug overdoses, and increase responses to encampments and derelict homes.

There is also a plan to immediately set up an operations center in Chinatown for police, peace officers and staff from social agencies. A location is yet to be determined.

Sohi added the city has made up that shortfall by increasing property taxes.

“I am encouraged by the constructive discussions I’ve had with Mayor Sohi and the recent steps municipal officials have taken to improve public safety for Edmontonians — including city council’s vote to amend the municipal transit bylaw to ban loitering and drug use on public transit, “he said.

“There is still a considerable amount of work to do to address crime and violence in downtown Edmonton and make it safer for everyone, but these are positive steps in the right direction.”

This report by The Canadian Press was first published on June 9, 2022.

Seizure of contraband at Edmonton Establishment