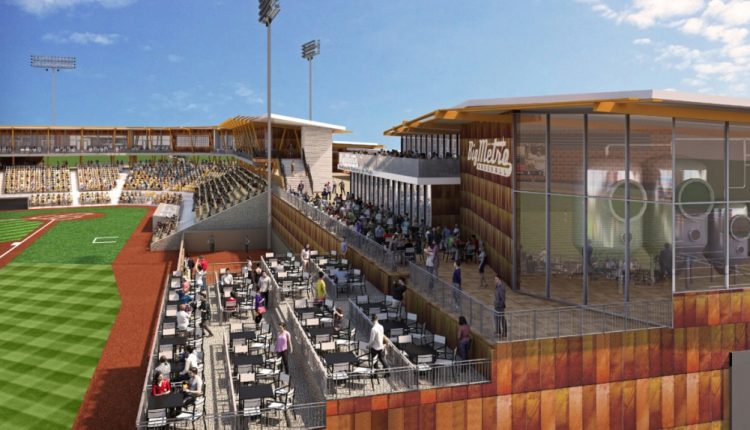 The project has already been delayed by a year, and now various–and familiar to those in the construction industry–challenges could lead to more delays in the opening of Myshak Metro Ballparkthe new Edmonton Prospects ballpark.

The summer collegiate Western Canadian Baseball League team, unceremoniously booted from RE/MAX Field in 2020 after the city of Edmonton awarded a 10-year lease to a group promising two summer-collegiate teams in the former Triple-A ballpark. Since then, Patrick Cassidy, Managing Partner for Gold Sports and Entertainment Group Corp., the company that operates the Prospects and will manage the facility, has embarked on an ambitious plan for a Spruce Grove ballpark development clearly impacted by COVID-19 restrictions.

Construction on the project has begun, but facing some familiar challenges in terms of supplies and labor. An opening of the ballpark was already delayed from 2022 to 2023, and now it looks like that opening could extend to 2023, according to Cassidy:

“We were hoping to be open 2023, and at this point in time we’re not ready to announce anything different until we probably get through the next month or two here,” Pat Cassidy told CTV News at the construction site on Wednesday.

A day later, Cassidy told CTV News the May opening is “likely to change.”

Cassidy blamed the delays on a lack of labor and materials, COVID-19 and bad weather, but said he’s excited to bring baseball to Spruce Grove.

Myshak Metro Ballpark will feature a 360-degree wraparound concourse, suites, party decks and a merchandise store. The ballpark will sport 2,200 lower bowl seats, 200 VIP Founders Club Seats, 420 VIP Skybox Suite Seats and additional general admission seating for up to 650 spectators on the grass berm and various patio outlets throughout the ballpark promenade. Housing and a microbrewery will be located off left field, with an amphitheater located on the opposite side of the brewery.

Kevin Reichard is the founder and publisher of Ballpark Digest.