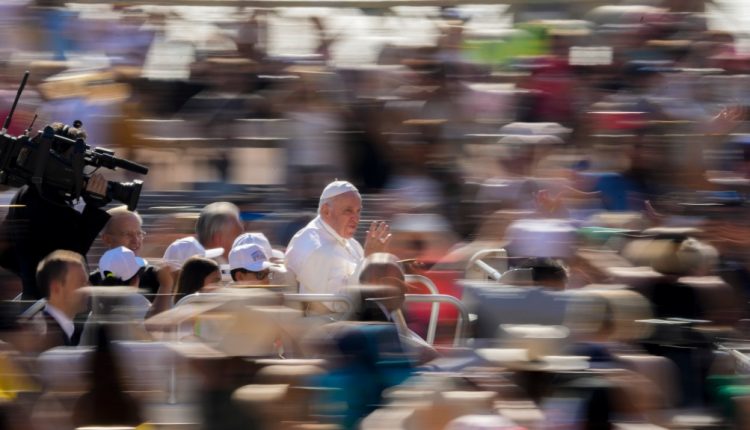 The Holy See has shut down any doubt or speculation mobility issues will prevent Pope Francis from visiting Canada in the spirit of reconciliation next month.

An itinerary for the trip, which starts in Edmonton on July 24 and ends in Iqaluit on July 29, was released by the Holy See Press Office early Thursday morning and confirmed the Pope would visit a former residential school site while in Alberta.

While in Alberta’s capital region for three days, Francis will also witness the reopening of Sacred Heart Church of the First Peoples in downtown Edmonton, which was damaged in a fire two years ago, attend mass at Commonwealth Stadium, and participate in a prayer during the Lac Ste. Anne pilgrimage.

The Pope is limited to participating in each event for roughly one hour, according to the Canadian Conference of Catholic Bishops.

“I know this has been a question that’s been circulating because we’re all aware of the health limitations on the Holy Father,” Edmonton Archbishop Richard Smith, who is leading the planning process, told reporters.

“Now we have that assurance, which is wonderful.”

Francis will be greeted with a brief ceremony on Sunday when he touches down in Canada at Edmonton International Airport. He is then scheduled to take the rest of the day to rest.

On Monday, Francis will “join” residential school survivors from across the country in a formal program at the site of the former Ermineskin Residential School, on Ermineskin Cree Nation, one of four nations that make up Maskwacis south of Edmonton. According to the National Center for Truth and Reconciliation, the residential school – one of Canada’s largest – operated from 1895 to 1975. Later in the day, he will attend the reopening of Sacred Heart Church of First Peoples in downtown Edmonton.

Mass at Commonwealth Stadium, which can seat 65,000, will be held on Tuesday. The event will embody Indigenous traditions. Tuesday evening, the Pope will visit Lac Ste. Anne.

He will leave for Quebec City on Wednesday.

The theme of Canada’s fourth papal visit is “walking together.”

While in Canada, Francis is expected to reiterate an apology for the Roman Catholic Church’s role in residential schools, which he originally told to a group of Indigenous representatives in Rome in April.

“We don’t speak, at the end of the day, for the Pope. I think in fairness, though, it’s anticipated that his principal statement would take place at Maskwacis,” he told reporters on Thursday.

In a joint letter, the four nations of Maskwacis called the event a “pivotal moment for the world to witness” and an “important step towards reconciliation for everyone to be a part of.”

Smith echoed the sentiment: “The pope’s visit to Canada will be an important step – although, one step among many in this ongoing journey of healing and reconciliation between the Church and Indigenous peoples – and it’s also one moment, also in the broader context of the entire desire of the Canadian population to move this forward, to move ahead in healing and reconciliation among all of us.”

While in Quebec and Nunavut, Francis is also supposed to meet with the prime minister, Catholic leaders, and more indigenous representatives and residential school survivors.

Of all the Canadian provinces, Alberta had the greatest number of residential schools.

Gilda Soosay, chair of Our Lady of Seven Sorrows, an Indigenous Catholic parish in Maskwacis and Samson Cree Nation member, said, “The pope coming to Maskwacis for me is a very, very hard-to-believe, miraculous event happening for our people here.”

“It’s a step forward to the path of healing of the Indigneous people. For myself as an intergenerational trauma survivor, it’s hopeful.”

Garry LaBoucane, spiritual director of the Lac Ste Anne Pilgrimage, sees the papal visit as a pilgrimage of his own kind.

“The Holy Father leads us in healing and reconciliation with others advising him and helping him to understand that’s really an image and a model for all of us to undertake and follow,” the Métis pastor of Our Lady of Seven Sorrows said.

The optimism is not shared by all indigenous people.

Local Elder Taz says others are concerned like her that the papal visit is “a means of appeasing.”

She and others plan to demonstrate during the Pope’s visit.

“We’re not breaking the law. In this country, we have the right to protest peacefully, and that’s what we’ll be doing,” she said.

More information about the Pope’s itinerary is available online.