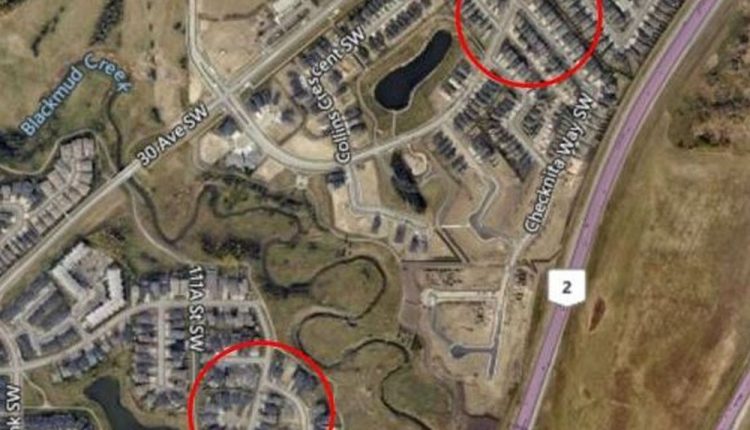 Edmonton police are investigating after bullet holes were found in a number of homes in the city’s southwest.

About 8:53 am Sunday, officers were called to a home in Checknita Way, in the Cavanagh neighborhood, for a report of a bullet hole found in a bedroom.

Investigators determined that a similar incident occurred about two kilometers southwest, in Adamson Crescent in the Allard area. It was reported that residents heard gunshots coming from the street behind their home, about 4:35 am that same day.

Security footage shows multiple vehicles and people leaving the area of ​​another home — on Adamson Crescent — believed to be involved in the shooting.

On Monday morning, police were also made aware of another home in Checknita Common where a bullet hole was found in an upstairs laundry room.

“The reckless and brazen behavior of these individuals resulted in several homes being struck by gunfire, and we are very fortunate nobody was hurt during this incident,” says Staff Sgt. Eric Stewart, with the Edmonton police firearms investigation unit in a news release.

“We are asking the community to check their homes for damage, and report any information to police to help solve this crime and address the senseless gun violence we are currently seeing in Edmonton.”

Investigators believe the incidents are all related and are looking for surveillance and dashcam footage and witnesses in the area during the early morning hours of Sunday.