Police have identified a man killed in a cell at the Edmonton Remand Center over the weekend, but have yet to charge anyone in the case.

Bruce Donald Windsor, 57, was found unresponsive in a cell at the Edmonton jail just before 6 pm Saturday and declared dead on scene. Investigators believe Windsor had been assaulted by another inmate.

Windsor’s death was ruled a homicide after an autopsy Tuesday. Police said that while they have a suspect, no charges have been laid. Windsor’s cause of death was not released.

Homicide detectives continue to investigate Windsor’s death, which is Edmonton’s 17th homicide of the year.

Police had previously issued a warning saying Windsor was a violent sex offender who posed a risk to the public. 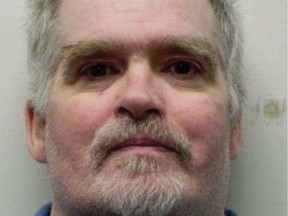 In a statement, the Alberta Ministry of Justice and Solicitor General said an emergency code was issued after the assault, and that correctional staff and medical officials “responded quickly and professionally, with no injuries to staff.”

The Alberta Union of Provincial Employees, which represents correctional officers at the facility, declined to comment.

Alberta corrections will carry out an internal investigation of the incident.

While an Alberta Justice spokesperson would not confirm, Windsor’s death is believed to be the second homicide at the new Edmonton Remand Centre, which replaced the aging, overcrowded remand center in downtown Edmonton in 2013.

The first person killed in a homicide at the new facility was Curtis Dale Hill, who died after a beating on Christmas Eve 2013.

The new facility is the largest correctional center in Canada with room for 1,952 inmates.

The justice ministry spokesperson did confirm that six people have died of various causes at the remand center so far this year. In all, 26 deaths have been recorded at the two facilities since 2012.