A century-old precursor to Tinder, loophole liquor for getting around prohibition and a brutal looking cherry pitter are just a handful of artifacts uncovered during an Edmonton restoration project that shed light on life in the early 20th century.

The collection of items will soon have a new home after being cataloged and preserved by Edmonton architect David Murray.

Murray said the earliest known photo of the Pendennis building is from 1898 when it was called the California Rooming House. Newspaper records show the building was purchased in 1904. It was renovated into the Pendennis Hotel and Nathan Bell was hired as the manager. Shortly after, he purchased the building and became the hotel’s proprietor. He went on to double the hotel’s size by acquiring its neighboring property and incorporated the early 1890s building into a facade that spanned both lots.

“We discovered this in 2006 while working on the Jasper East Village Main Street project,” said Murray. “It was there behind the facade, just as it had been in the 1890s. We had a complete 1890s building incorporated into the 1910 building.”

Murray came across the structure again years later when The Ukrainian Canadian Archives and Museum of Alberta (UCAMA) hired him and Next Architecture to help build out a museum space for the building.

“During the demolition we found all these artifacts dating as early as 1889,” said Murray. “They were found in the walls, the floors, attics, closets. We started to collect them and save them, and they went into storage.”

The project fell apart after UCAMA dissolved and Murray inquired about the fate of the artifacts.

“Nobody wanted them, so I took my car to their museum in December 2020. I gathered them up in my car, brought them to my office,” said Murray. “I spent the next few months cataloging these items – literally hundreds of individual artifacts.”

Among the uncovered items were a variety of documents, including accounting records for the owner of Liberty Dairy, a farm business headquartered in San Francisco. What he was doing in Edmonton remains a mystery, but Murray suspects it might be related to many Californians who were making their way north during the gold rush.

The team also found lots of alcohol bottles, including many bottles of Jamaica Ginger.

Murray explained that it was a popular medicine during prohibition with a high alcohol content. The generic name wasn’t protected so it was produced by many different companies. According to the National Library of Medicine, it was used to circumvent the prohibition laws that were in place from 1916 to 1923.

“There are so many little stories about the businesses in the Edmonton downtown like this,” said Murray. “These were the things people were doing. There was more of this particular artifact than any other.”

Another artifact found was a one-page application form for a dating service from around 1916 for a gentlemen and ladies.

“I think it was primarily intended to find suitable marriages,” said Murray. “One can imagine there were lots of immigrants coming to Canada, so this would be a service for them to be able to find a suitable candidate for a wife basically, but also women would have subscribed as well.”

The dating club cost five dollars to subscribe and if a marriage resulted from it, the dating club owner received $25. The service involved an extensive interview process that included questions about one’s finances, future inheritance and marriage eligibility.

Murray’s research found articles regarding court cases against the dating provider, one of them involved a woman who accused the service of revealing embarrassing details about her.

One of the most curious artifacts Murray researched was a mechanical device used for pitting cherries.

“I had no idea what it was, but I figured it out on the Internet,” said Murray. “It was designed by the Goodall Company of New Hampshire.”

The device painted images in Murray’s mind of cherries being picked from orchards in the Okanagan, loaded onto trains and transported along the CPR to Calgary. In just a few days they would have made their way to Edmonton where they might have found their way into the pitter and then into a cherry pie for hotel guests.

“You could make a story out of almost any one of these things,” said Murray.

Soon the objects will be making their way home. Murray said the building’s new owners plan to incorporate them into some sort of display.

According to Pendennis Developments, the company that now owns the fully renovated building, the space will be used as an open concept modern workplace that retains many of its historical elements.

DAVID MURRAY – A historic photograph shows the Pendennis Hotel after its façade was renovated in 1910. 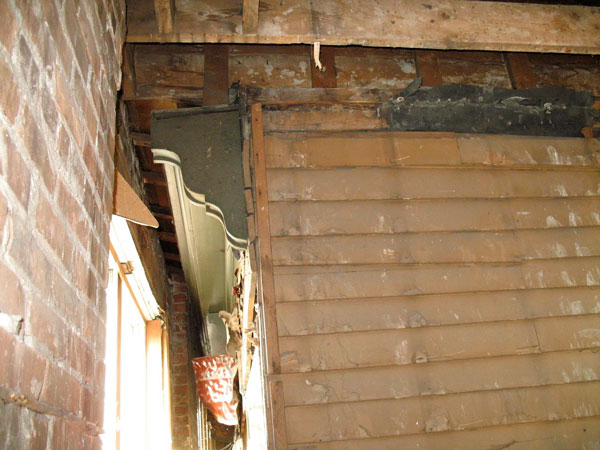 DAVID MURRAY – An 1890s building sits behind a façade built in 1910 to expand the Pendennis Hotel. A trove of artifacts from the time period were found decades later during modern renovation efforts. 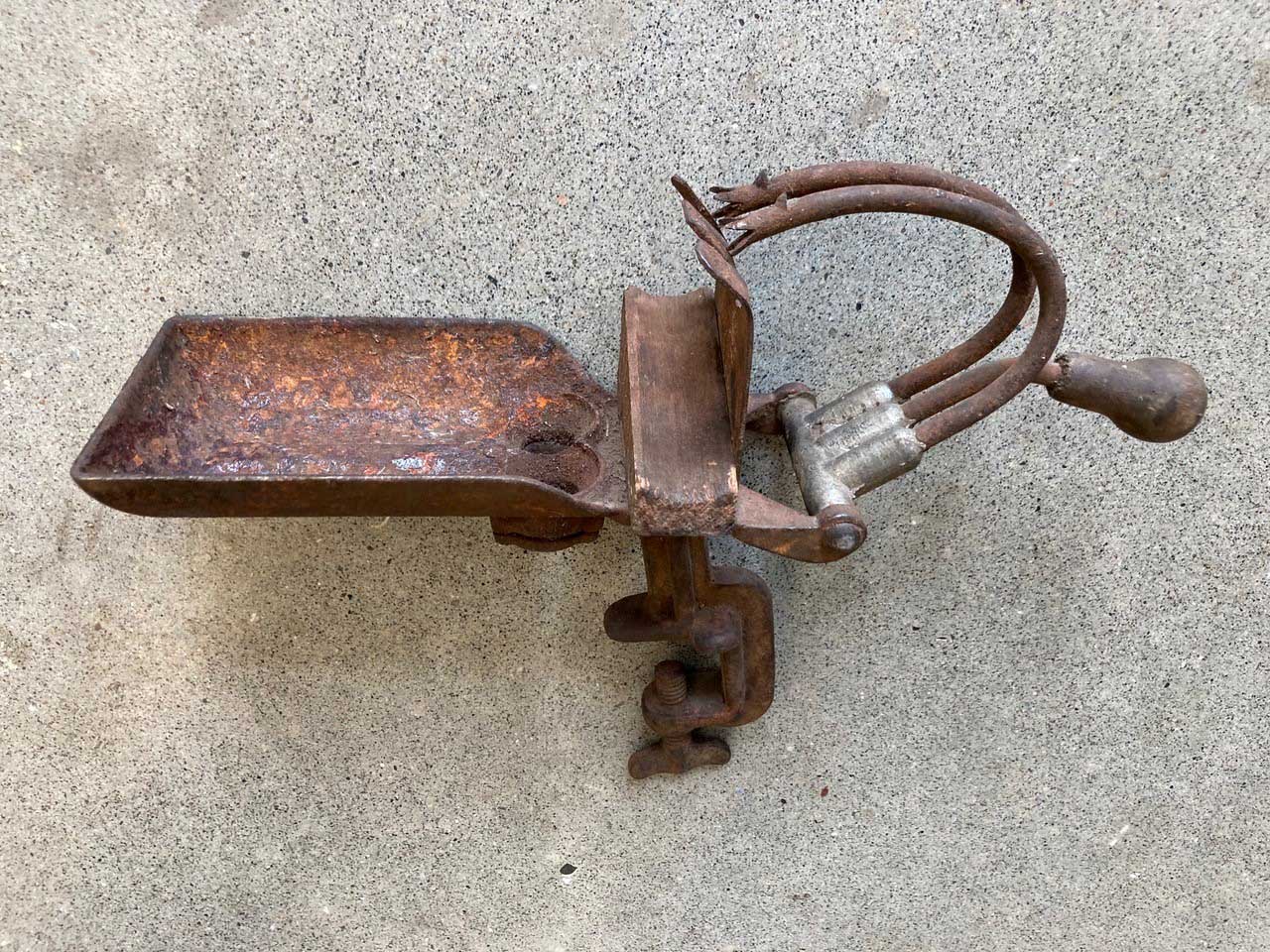 DAVID MURRAY – A cherry pitter was uncovered during the renovation of Edmonton’s Pendennis Building. 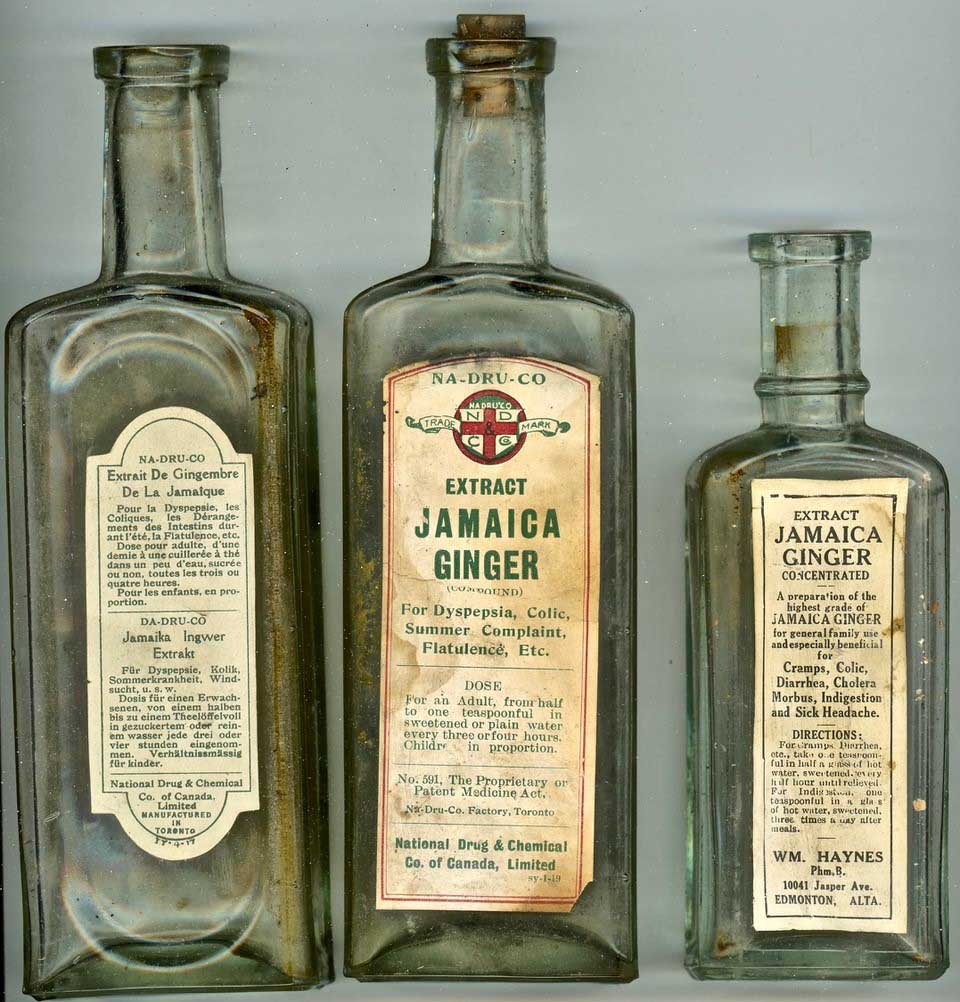 DAVID MURRAY – Bottles uncovered during an Edmonton renovation show one of the ways people at the time got around prohibition.