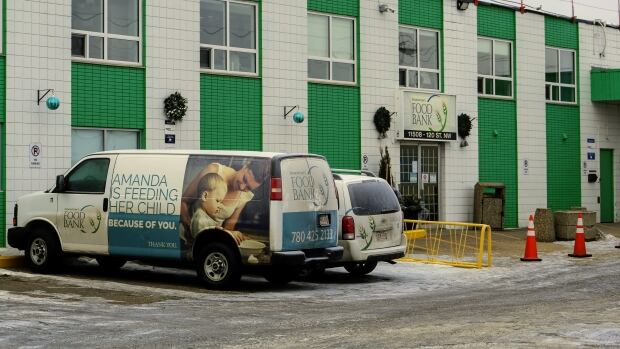 One Hour a Month: How Edmonton’s Expertise Trade Helped Folks in Want

As part of our Make the Season Kind campaign, CBC Edmonton is highlighting the work our community has done in 2020 to help others.

When the province announced COVID-19 restrictions in mid-March, Chris LaBossiere knew the situation could be dire for many Edmontons.

Within hours of the government’s announcement, he gathered more than a dozen Edmonton-based tech companies to band together to help Edmonton’s Food Bank.

LaBossiere, CEO of online training company We Know Training, emailed about 20 business leaders to see if they would join him in his venture. He wanted them to ask their employees to donate an hour of their wages every month – donations that would bring employers together.

“Within three hours I had probably 80 percent of companies saying they were on board, their employees would be on board,” said LaBossiere. “We had that kind of support.”

Between April and June, the companies and their employees raised more than $ 150,000 for the blackboard.

The money helped the charity through the difficult first few months.

“It’s been such a hopeful conversation for us,” Marjorie Bencz, chief executive of the food bank, told CBC News.

“We were worried about the supply chains and we were worried that we would not receive food donations that we normally get from the public.

“We used those dollars to make sure we had food on hand and in the house while we advanced into the pandemic.”

Some of Edmonton’s largest technology companies, such as BioWare and Jobber, were among the 20 to join the initiative.

Companies shared their donations and invited others to participate using the hashtag #YEGTechCares.

We are proud to be one #YEG Company and even more proud of our employees, colleagues and neighbors who have made a commitment #YEGTechCares. We raised $ 150,000 for @yegfoodbank and the number is still increasing! We welcome all companies (tech or not) to join us: https://t.co/zWACTXKAM3

Riva employees rose #YEGTechCares Challenge and in the past three months, employees donated an hour or more of their salary to Edmonton’s Food Bank, which Riva raised for a total donation of $ 10,250. #TeamRiva #RivaCares #riva #crm #datasync pic.twitter.com/InvCimRthz

“I’m not surprised,” said LaBossiere of the companies that have joined. “I’m very grateful for what Edmonton’s tech community is doing to help.”

LaBossiere says he wants to look at how the tech community could continue to support an initiative like this in the future.

“I think as someone who used the blackboard as a kid, there is probably a large percentage of the population that comes very close to it, more than we might think.”