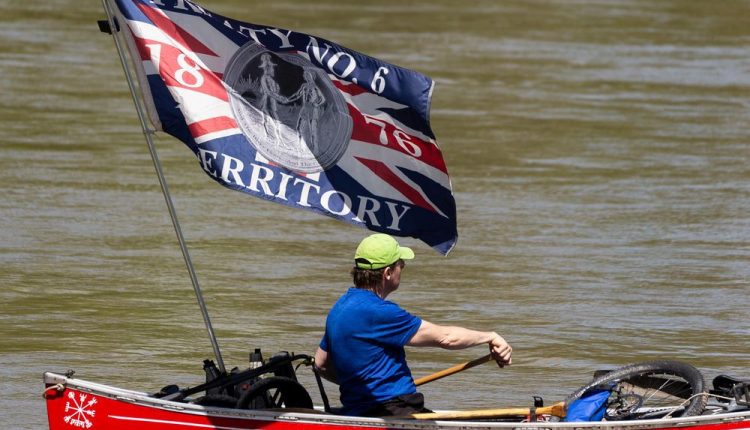 Names matter: they have the power to welcome and invite, or they can act as gatekeepers and tell others they don’t belong.

What we call various streets, parks and facilities around the city is the main focus of a new online exhibit in the Edmonton City Archives. Curated by archivist Tim O’Grady, Naming Edmonton explores the history of how things got their current nicknames. The focus of the exhibition is on the turn of the 20th century, when and how naming became a hot political issue and how it transposed into modern naming conventions in Edmonton.

Edmonton’s naming begins where all good things begin: at the beginning. Fort Edmonton is named after the birthplace of Sir James Winter Lake, who attended a meeting of the governors of the Hudson’s Bay Company when the fort was founded. O’Grady says it is almost guaranteed that Lake never visited the fort mentioned with his mind.

“It really is the imposition of a name that came from elsewhere,” says O’Grady. “Names can be arbitrary somehow. Before what we have now, there were names for this place. “

Indigenous peoples who lived here before the settlers’ arrival continued to use traditional names: in Cree it was amiskwacîwâskahikan for Beaver Hills House; ti oda, from the Nakota Sioux, which means many houses; and Amakowsis or Omahkoyis, from Niitsitapi, which means Great Lodge. The river that crosses the city takes its name from a Cree word: kis-is-ska-tche-wan, which means “fast flow”.

The city began to grow in the early 20th century and there were booms and busts in the city’s real estate market. Land speculators bought up land and then divided it up for the thousands of people who moved to the area, although they did not always act consistently. During his research, O’Grady found two maps of the Hawrelak Park area with different street names written on them.

“It was pretty quick back then,” says O’Grady. “I think there were a lot of things that only existed on paper.”

Two important things happened between 1912 and 1913. The first was a real estate market bust, which caused all subdivision plans to wither and die.

The second was a merger between Edmonton and Strathcona. Up until that point, says O’Grady, there has been little oversight over street naming. You could be driving down a single street that had its name changed three times in 15 or 20 blocks. The same name could be used for a street in Edmonton and one in Strathcona, but the two were not linked.

The naming of the streets in the new town became a contentious issue, with an ongoing debate over a numbering scheme proposed by Mayor William Short in 1913. The question was finally settled in a referendum. Let the people vote.

Three options were suggested. First, Mayor Short’s numbering system. Second, use a quadrant system that divides the city into north and south, east and west, much like what Calgary is currently using. Third, a mix of numbering and naming.

“There was a surprising amount of support (for the last option),” says O’Grady. “People loved using names; they thought it would add some poetry to the city. “

The numbering system has prevailed, and so is the system we are now using. The numbers were expanded, with a grid pattern gaining the upper hand.

But after the hiring of city planner Noel Dant, naming should become a hot topic again. He preferred a modified grid in which dead ends and curved roads do not match the grid. Streets again needed names that had to be decided and debated by the council.

Then in 1956 came the naming committee, a group that worked with citizens to suggest names for new streets, parks, and urban facilities. While the council still has the final say, the new committee has “greatly reduced the naming burden on the council,” according to O’Grady.

“The borough renaming is great because it’s a tangible sign that the city is inclusive,” says O’Grady. The city is not just about those old dead white men who many things seem to be named after. It’s about everyone. “

24 Locations to Get pleasure from The Finest Craft Beer in Edmonton – Breweries, Excursions & Extra