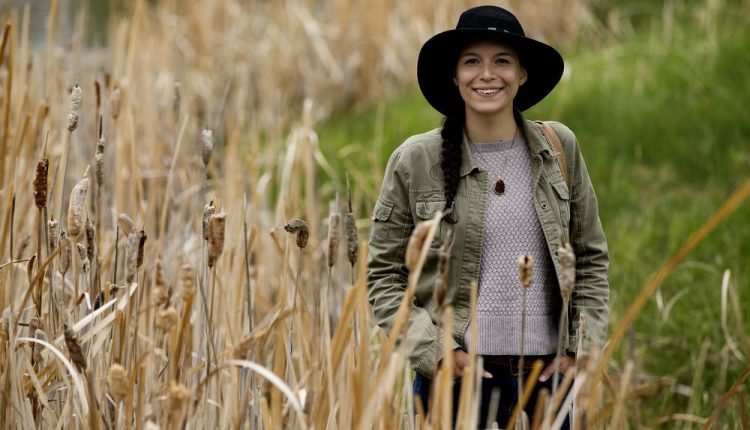 There are moments when I wish I could go back in time and repeat my years at university that, ironically, were history major.

Back then I avoided studying my own country and region, and was instead captivated by the romanticized stories of ancient societies from far and wide – the Senate of Rome, the Court of Constantinople, the Pharaohs of Egypt, the temples of Israel – without realizing that North America had its own thriving civilizations that were equally fascinating.

I know i’m not alone Perhaps we as Canadians – especially the Western Canadians – have not done a good job of understanding our own ancient history because there is comparatively little physical evidence left of these civilizations, or because there are gaps in the school curriculum, or perhaps because of the sheer, willful ignorance part of the world.

It was therefore gratifying to hear that Edmonton’s newly minted Historian Award winner Amber Paquette would like to change this with a series of documentaries over the next few years.

“I’d really like to demystify early North America to an extent that we can’t experience, especially through a visual experience,” she says.

As a 29-year-old Metis, Paquette is the city’s first historian award winner for Indigenous Ancestry and also happens to be the first filmmaker to receive the appointment.

With the laureate now celebrating her 10th anniversary, the choice for someone like her is undoubtedly overdue, but it also indicates how the role has unfolded in interesting and unexpected ways.

This is a positive development for a program that could use an increase in exposure that Paquette can add to.

As a child, Paquette grew up in Edmonton and on a farm in Strathcona County. There wasn’t a lot of family stability during her childhood, she says, which meant she wasn’t very attached to her ancestry. That left her with many unanswered questions, which led her as an adult to explore history that her parents couldn’t offer.

Through her research, she discovered a direct lineage to some of the region’s earliest participants in the fur trade, including those with links to Fort Edmonton.

Fittingly, Paquette is now working as an interpreter for Fort Edmonton Park. On some days she plays the daughter of the “main factor” of Fort Edmonton, John Rowand, and sometimes she slips into the role of one of the myriad First Nations and Metis women whose work made the fort work.

Paquette notes that the story of the fur trade is often told from a European perspective, even though it was largely an indigenous operation. Industry was sustained by vast kinship networks and trade routes, which in turn were based on ancient trade routes that existed among indigenous peoples long before European settlers arrived.

Back then, the continent was home to huge civilizations like the Mississippian Kingdoms, which built huge cities with earthen pyramids and platform mounds.

This part of North American history is not fully understood, so part of Paquette’s challenge will be to use a modern lens to show how people from the Edmonton area connected with these ancient societies. She hopes to rely on friends experienced in animation, time-lapse, drone footage, and other techniques to make something fun and accessible.

The award winner’s 10-year milestone is a good time to reflect on whether the program is delivering what it is supposed to, although organizers are generally happy with how it has developed, said Dan Rose, chairman of the Edmonton Historical Board.

After starting out with a few relatively traditional historians, subsequent commissioners have used a wider range of approaches – from Marlena Wyman’s sketches of Edmonton architecture to Chris Chang-Yen Philip’s podcasts, bits of local history, to Danielle Metcalfe-Chenail’s work on the rugged past of Charles Camsell Hospital.

Two of the last three harvests were in their twenties, while much of the most recent work has gone beyond civic engagement into complex and uncomfortable histories.

This diversity should be so, because, as Rose notes, the role of the award winner should not be confused with that of the “official historian” of the city. Instead, it is a platform for discovering and disseminating stories, most of which come from within the community, which ideally happens in many different ways.

“We have a much richer, more differentiated view of our city, precisely because of the work that the historian award winners have done,” says Rose.

Exactly. However, he admits that more effort is needed to get this work out, which is no easy task for a program on a tight budget.

On that front, I’d like to see partnerships with some of the city’s cultural institutions, including the Royal Alberta Museum, the Art Gallery of Alberta, and Fort Edmonton Park.

This wider diffusion is vital because, as I eventually learned in my post-graduate studies, getting to know the local past has a myriad of benefits: from increasing civic pride and creating a sense of home to creating new connections and the Promotion of cultural understanding.

As Paquette suggests, being able to draw a line from the past to the people and places we see today can be a transformative experience.

“I think we can all feel a lot of amazement, fascination and joy when we know that we have our own Egypt and Mexico here,” she says. “They’re not that visual. But they were here. “