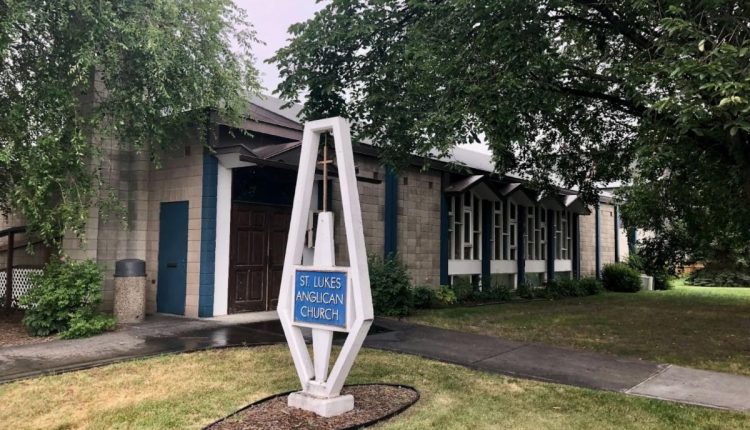 St Luke’s was built in the Holyrood neighbourhood. The Early Modern Ecclesiastical design of the church features an exposed, precast concrete structure forming the roof of the sanctuary, and concrete block masonry laid out in symmetrical patterns for the walls. The church also features a concrete block bell tower and an added parish hall which was constructed in the early 1970s.

“The post-war years changed how people lived in Edmonton,” said Heritage Planner Scott Ashe. “They had survived war and the depression. They had jobs and cars and wanted their families to spread out in the suburbs. They wanted to live away from where they worked, but still worship in their own communities. St. Luke’s is indicative of the kind of modern church built in those times.”

The church was designed by Edmonton architect Kelvin Crawford Stanley who practiced in the city between 1948 and 1964. He designed the former Edmonton Post Office and the Paramount Theater on Jasper Avenue.

“Today the St. Luke’s building is home to three separate faith communities, a small indigenous owned and operated business, community league events, a weekly food bank depot, and many other groups and events,” said Rev. Nick Trussell, Rector of St .Luke’s Anglican Church. “Historical designation protects the unique story and beauty of the building, its design and construction. Funding for restoration and maintenance with this non-profit partner means that it continues to be available to the public for the flourishing of the neighborhood.”

St. Luke’s Anglican Church will receive a grant of $50,375.77 for rehabilitation of the building.

Since the City’s Historic Resource Management Plan was initiated in 1985, 176 properties have been designated, with more designations planned in the future.