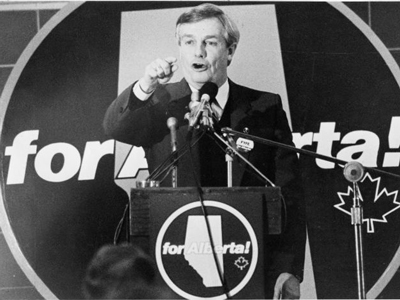 Edmonton – September 14, 2012 – The City of Edmonton and the Albertans mourn the Honorable Peter Lougheed, former Prime Minister of Alberta and a visionary leader who is committed to the long-term security and prosperity of our province’s people.

“On behalf of the people of Edmonton and our city council, we would like to express our condolences and grief over the death of Peter Lougheed,” said Edmonton Mayor Stephen Mandel. “Our thoughts go with his family and the many people whose lives have been touched by this compassionate man who has worked tirelessly for democracy in Alberta all his life.”

“The prosperity and stability we enjoy in Edmonton today is largely due to Peter’s efforts that began four decades ago,” said Mandel. “All Albertans and Canadians benefit from his legacy. He promoted a new approach to ensuring that Albertans’ views are represented in our province’s government and that decisions are guided by what is best for Albertans. ”

The progressive conservative government of Peter Lougheed was first elected in 1971, ended the 36-year rule of the Social Credit Party and established a government dynasty that continues to this day. With a view to promoting democracy, the first acts of the Lougheed government in 1972 included the introduction of the Alberta Bill of Rights and the establishment of Hansard for Alberta, the first published record of the Alberta legislature’s public negotiations marking a new era of openness in government.

Lougheed’s most famous accomplishments include developing Alberta’s oil and gas industry and establishing the Alberta Heritage Savings Trust Fund to ensure that our wealth of natural resources benefits Albertans for generations to come.

The city of Edmonton welcomes one of Alberta’s most precious citizens. Flags will be hoisted at half mast on all buildings in the City of Edmonton until dusk on the day of his funeral / memorial service, which will be announced at a later date.