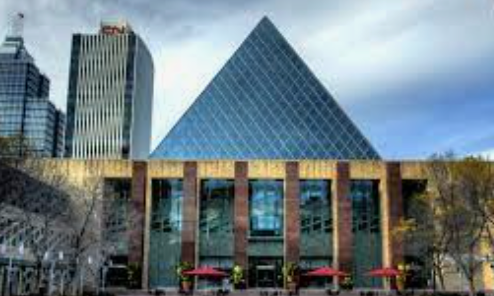 Some parents argue over a new curriculum circulating in Alberta’s elementary and middle schools that teaches about COVID-19, vaccinations, and social responsibility during a pandemic.

The booklet, titled Riding The Fourth Wave, contains a wide range of information on COVID-19, including topics headed like “How Vaccines Work”, “Pandemic of the Unvaccinated”, “An Unusual Passport” and “Protests and Controversy”.

“The Calgary Board of Education (CBE) is responsible for delivering the Alberta education program established by Alberta Education. However, schools may provide information to students and discuss current affairs and issues in their community in class.Our teachers have the flexibility to use a variety of resources to achieve the outcomes of study programs and encourage critical thinking by students, “the CBE said in a statement to the Western Standard.

The workbook also includes a number of questions to be answered after reading the information, as well as a cartoon titled “Science” and “Fiction” referring to an article on Forbes.com as a source to help children learning to recognize misinformation.

“Find out more about the false and dangerous misinformation circulating on the Internet that COVID-19 can be treated with substances such as bleach and worming agents for horses,” says the curriculum.

The horse wormer references an anti-parasitic drug for humans and animals – which is prescribed in various forms – that has come under fire and is currently banned in Canada and the US for the treatment of COVID-19. Although Health Canada and Alberta Health Services (AHS) have banned ivermectin as a treatment for COVID-19, dissenting studies argue that it is safe and effective.

In one activity, children are asked to work with a partner to create a “pros” and “cons” table about vaccination records. Another activity says that “unvaccinated COVID-19 patients overwhelm the health system,” quoted a doctor as saying, “They seem to value freedom without a sense of social responsibility.” Students are then asked to share their views on the matter.

A mother with one child at Calgary’s Foundation for the Future Charter Academy said she was “angry” about the contract.

The mother spoke to the Western Standard on condition of anonymity in order to protect the identity of her child.

“When I asked about the assignment, they convinced me that it was their normal curriculum and that they always had assignments like this,” says the mother.

“But I do know that they are brainwashing our children, especially on issues where my child has to decide which is more valuable – freedom or social responsibility?”

Another parent of a student at West Ridge Middle School in Calgary in Wentworth asked to remain anonymous in order to protect their child from impact.

“I was so disturbed by what I was seeing.”

“My son came home and was upset. I mean, adults can’t even understand all of this, you expect 12- and 13-year-olds to understand? “

The child’s parents contacted the school principal to learn that the “political cartoon” was part of the curriculum they were teaching and were informed that the information came from a CBE resource site that many teachers use.

“Every story has two sides and our children should have the chance to see both sides,” said one of the mothers.

“The teachers keep clogging the vaccine and that puts our kids in a position where they can’t stand them. We are quite solid and united as a family in our beliefs in this regard. My child felt sick because of it and wanted to come home. “

Another parent who spoke to the Western Standard has a child at Esther Starkman Public School in Edmonton. Your child also felt uncomfortable about the COVID-19 material they were handling in class.

“My child knows where we are about the vaccine and has told me what they have covered, so I asked to be brought home,” the mother said.

“In my opinion the article was very worrying, propagandistic and not suitable for elementary school children. No information was given on the long-term studies on the vaccine and the side effects. “

This mother said she had not yet contacted the school for fear that her child would be discriminated against and bullied.

“We have seen the side effects in two family members of mine and yet the article makes the vaccine look so easy and safe to take, including the children,” she said.

“I want to appeal to a critical thinker and the article was nowhere near that.”

The Western Standard reached out to the office of Alberta’s Secretary of Education Adriana LaGrange but received no comment prior to publication.

Melanie Risdon is a reporter for the Western Standard
[email protected]

Native musicians battle to save lots of Edmonton buildings from demolition –…