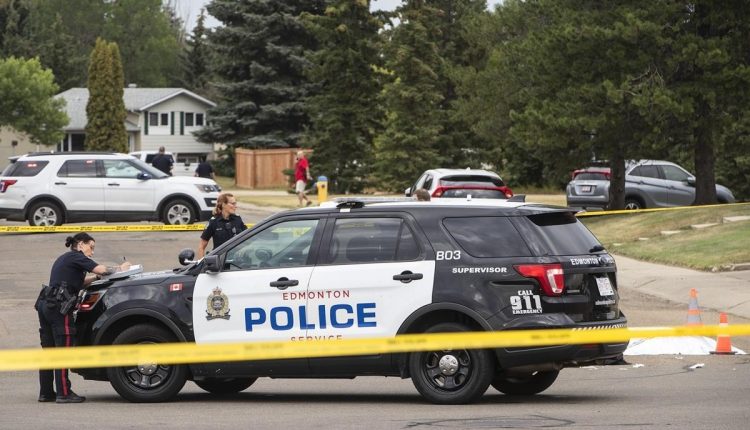 EDMONTON — A 25-year-old man who was arrested after a series of stabbings in Edmonton that sent a neighborhood into lockdown has been charged with second-degree murder.

Brian Berland, 38, of the Cold Lake First Nation in northeastern Alberta, died in the attack on Wednesday and two women suffered serious but not life-threatening injuries.

Clarence Lawrence, 25, was taken into custody about two hours after authorities warned the public about the attacks.

The update also says Lawrence has been charged with second-degree murder as well as two counts of aggravated assault.

Edmonton police initially said they believed the assaults were random in nature, but in a news release Thursday, police said the suspect knew one of the women.

While police were searching for the suspect Wednesday, they warned residents, pedestrians and motorists to avoid the northeast neighborhood of Homesteader, near Hermitage Road and Henry Avenue. They said officers were looking for a man with an “edged weapon.”

Residents were also advised to shelter in place. Four Catholic schools, four public schools and at least one daycare in the area were on alert as a precaution, meaning the exterior doors were locked.

Berland’s brother-in-law, Allen Frost, told The Canadian Press that Berland was in Edmonton to visit family and was attacked while walking with his sister and his sister’s dog.

Police said Thursday a 32-year-old woman was stabbed at a bus stop and a 41-year-old was attacked moments later in her tent a short distance away.

This report by The Canadian Press was first published Sept. 9, 2022.

15 of the perfect issues to do that weekend in Edmonton: September 9 to 11