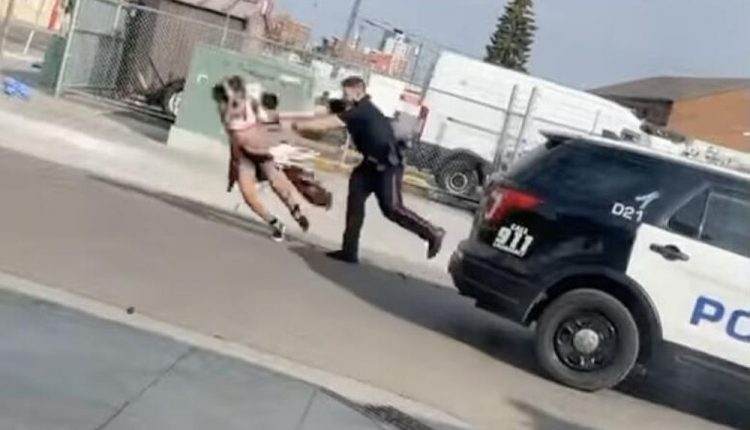 Wow, where to start? NDP energy critic defending us folks from the gas tax reinstatement. Didn’t they jack the price up along with alcohol and cigarettes when they were in power plus backed the phoney carbon tax? Social media dummies protest outside of the police station without having all the facts. Any apology to the police for their knee jerk crap? It’s about time that Nina Laderoute got out on the streets and do some takedowns, you know, to show us how it’s done. What are End Poverty Edmonton’s Erick Ambtman’s bona fides? How much money did he get paid for his expertise? This looks like a woke con job to me! The Alberta Teachers’ Association doesn’t get to police itself anymore, this political organization is worried that outside disciplinary measures could get political. It recently came out that 91 percent of teachers are of the left persuasion, sounds political to me. What a Friday paper!

(It’s a non-stop flow of Edmonton news, that’s for sure.)

The letter ‘Take a hike Jagmeet’ was so well written. Ed Skelding wrote an excellent letter which shows that he is in touch with what is really going on. Jagmeet made it clear that he can not work with our new leader of our Conservative party. wait a minute That’s because he’s too busy sucking up to Justin Trudeau. You are so right when Skelding wrote that this support will not matter, especially when the east wakes up and realizes that they were getting a poor deal in their support for Trudeau. We could be winning a majority government. The NDP and Liberals will be in the opposition benches supporting each other. That will be so sweet. This is just something for all of you to think about around election time here in Alberta in 2023.

(Jagmeet Sing torpedoed the NDP’s chances at winning anything.)

So the NDP are whining about the government reinstating 4.5 cents of the provincial gas tax after the price of oil has dropped under $90 bucks a barrel. What they don’t mention is their solution was to give everyone a check (whether they drive or not) and pay for it on higher taxes on everything else or with borrowed money … hmm. That being said, when the price of oil is again over $90 bucks a barrel, will the UCP remove the tax just as quickly? We’ll see…

(Wouldn’t count on that.)

I used to be an avid cyclist. I grew up in Mill Woods. I’d cycle to Sherwood Park, to West Edmonton Mall, downtown and once even to Millet and back. How many bike lanes did I use? Zero. Mature trees along 106 Street near the Mt. Pleasant cemetery were torn down for a bike lane that no one will use. The path between Kinsmen and Emily Murphy park on the south side of the river is now asphalt. All because of the false notion the trail is ‘more accessible’. What ever happened to leaving nature alone and using common sense?

(Common sense is in short supply.)

Send a letter to the editor

Vote in our daily online poll