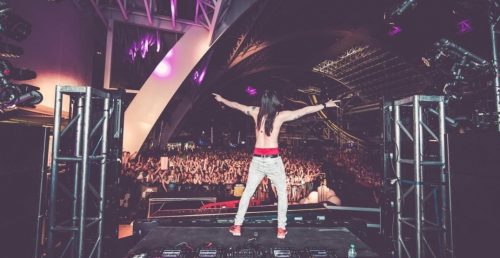 A massive music festival that was set to be held in the West Edmonton Mall waterpark later this month has been postponed again.

Soundwave, an electronic music festival hosted at the waterpark in WEM, was set to be held on March 18 has been postponed to an undetermined date.

American DJ Steve Aoki was set to be the headliner of the festival.

“As most of you know, on March 1st, 2022, the Province of Alberta announced the removal of almost all COVID-19 restrictions including the capacity restrictions and limits on mass gatherings. It was our hope that we could finally proceed with Soundwave on March 18th,” the Soundwave site stated.

“Regardless of our thorough safety plans and abiding by the rules and regulations we have been informed that Soundwave cannot be hosted on March 18th,” the post added, pointing to it being determined by a regulating body, that ICU numbers are still too high ( above surge capacity) to be hosting Soundwave.

The show was set to happen last November, however, it was postponed due to the COVID-19 pandemic.

All existing ticket holders will have their tickets transferred to any Soundwave event in 2022.

“We can assure you that it will happen eventually!” the post added.