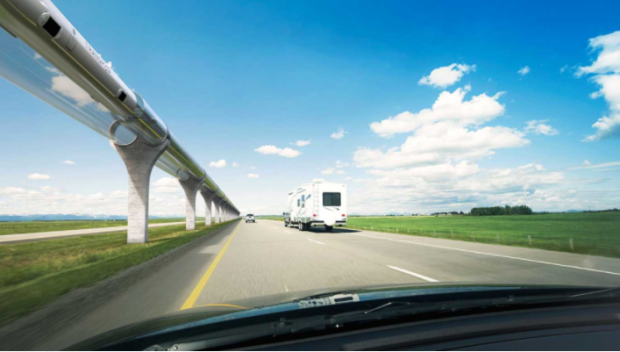 EDMONTON –
A high-speed hyperloop link between Calgary and Edmonton would boost jobs and the economy in Alberta, according to a feasibility study by TransPod.

Last August, TransPod signed a letter of intent with the Alberta government to examine the feasibility of a hyperloop between Alberta’s two largest cities at a possible speed of 1,000 km / h.

The new study claims that it will cost billions of dollars to build, but the finished loop would create more than 140,000 jobs, increase the province’s GDP by $ 19.2 billion, and reduce carbon emissions by 636,000 tons per year.

The company says an initial $ 1 billion investment proposal has been shared with the government.

The Hyperloop would be built at ground level and TransPod says the vehicles travel in low pressure pipes that are protected from the elements, making the system “immune to weather”.

The vehicles are powered by “linear induction motors and air compressors” and, due to their frictionlessness, can travel faster than jets and almost three times as fast as current high-speed trains.

If the project progresses, test track construction and high-speed testing would take place in the five years to 2027, and construction of the intercity route between Calgary and Edmonton could possibly begin in 2025.

25 date concepts for this summer season in Edmonton