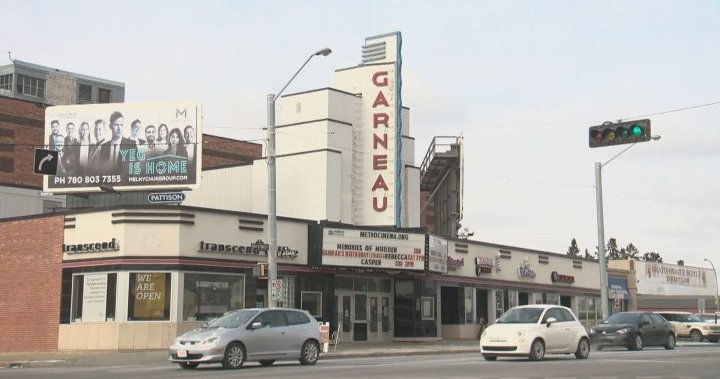 “I don’t know how many 80-year-old buildings there are in Edmonton, but it’s pretty cool to work in one every day.”

One of Smith’s fondest memories is seeing the auditorium filled with 500 people for the first time.

“It was the first year I worked here. We did the Rocky Horror Picture Show… Pretty cool sight, ”he said.

80 years ago, the theater, with a seating capacity of almost 800 people, presented the Great Waltz for the first time.

A ticket would have set you back about 25 cents.

The Auditorium of the Garneau Theater.

“That we still have this incredible gem in our community, still an active center and landmark, is an incredible achievement,” said Dan Rose, chairman of the Edmonton Hisorical Board.

The iconic landmark, said Rose, has a unique design.

“The architectural style is called Streamline Moderne, which is an Art Deco variant, so pretty unique in that sense,” said Rose.

“There’s not much of that style in Edmonton.”

It was built by a company called Suburban Theaters and has had many styles of programming over the years.

The building is an urban historical resource so it is protected. However, several times it was threatened with demolition.

“It has come near the wrecking ball three times in its history,” said Rose.

As the Garneau Theater is celebrating 80 years, the community looks forward to many more.

“It’s a nice anchor for the neighborhood,” said Smith.

The theater was closed for 116 days when the COVID-19 pandemic broke out but reopened in July.

The Style of Edmonton meals competition formally returns this month