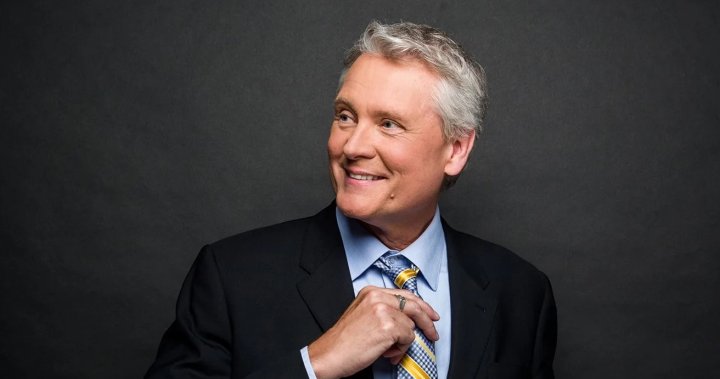 The face and voice of television news is about to change in Alberta’s capital as one of the most trusted and beloved journalists in Edmonton gets set to walk away from the anchor desk.

Three decades after becoming a television news anchor with Global Edmonton, Gord Steinke is preparing to read the news on air for the last time before he officially retires on Wednesday.

“It does feel bittersweet to be leaving,” Steinke said. “I’ll miss the excitement of breaking news and the daily whirlwind of the newsroom.

“The thing I’ll miss the most are my co-workers and the amazing experiences and stories we’ve shared over the years.”

Steinke has said journalism piqued his interest at a young age. He said he enjoyed reading newspapers so much as a youngster that he and a classmate at school started their own newspaper. He noted that his lifelong passion for the craft, including his love of doing interviews and curiosity about the world around him, remains to this day.

Steinke first joined Global Edmonton in 1992 when the station was still known as ITV. He started his journalism career at the CBC, before moving to Minneapolis to work for an ABC affiliate.

Edmontonians have spent years watching Steinke conduct interviews and read the news on Global News Hour at 6 and Global News at 5, the newscasts that have made him one of the most recognizable people in Alberta’s capital.

Steinke first revealed he plans to retire in April. At the time he noted he has “a lot of adventures on my bucket list that I am excited to explore and feel I better get moving while I can still get on my motorcycle.”

“It’s been an amazing 36 years in this biz but I’m super pumped for next chapter and adventure,” Steinke said as he readies for his last newscast. “(My wife) Deb and I will be doing some travelling, motorcycling, exploring.

“I’ll also be waving the journalism flag at talks across the country at universities and j-schools (journalism schools)… we need local journalists now more than ever.”

Steinke said he estimates he has anchored over 14,000 newscasts in his career.

For years, Carole Anne Devaney has co-anchored Global News Hour at 6 in Edmonton with Steinke.

“I was just 29 years old when I started co-anchoring with Gord,” she said. “He had been in the job 20 years already, but he never made me feel like I was below him.

“From Day 1 he treated me as his equal and has always been very respectful and kind.”

Ready or not, here comes baby! Carole Anne Devaney and Gord Steinke joking around in the studio during a commercial break.

Devaney said she will miss sharing a few laughs with Steinke each day.

“We have so much fun anchoring together,” she said. “Since COVID, we’ve been working in opposite corners of the building, so the news desk is where we reunite daily and share laughs.

“We often try to recount those behind-the-scenes funny moments to our partners, but they never quite translate. We usually end up saying, ‘Guess you had to be there.’”

She said every night Steinke and her walk out of the TV studio and the Global Edmonton building together, a routine she will miss. 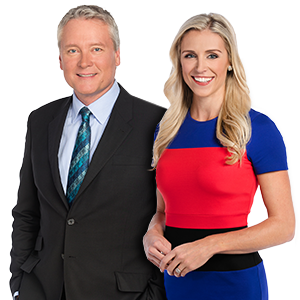 A 2016 file photo of Gord Steinke and Carole Anne Devaney.

Edmontonians have come to know Steinke not just as an award-winning journalist for the last 30 years, but also as a bestselling author and as a musician. He is also known for the time he gives to a number of local charities.

Steinke’s list of achievements over the years includes an RTDNA Lifetime Achievement Award, which he received in 2016. He was appointed an Honorary Lieutenant Colonel of the 15 Edmonton Field Ambulance and has received the distinguished Sovereign’s Medal for Volunteers from the Governor General of Canada, which recognizes exceptional volunteer work in the community.

“Gord’s impact on Edmonton has been far-reaching and long-term,” Devaney said. “He always finds a way to connect with folks from all walks of life and has all the time in the world for people and their stories.

“He understands his great responsibility as a journalist and as a global ambassador in the community. He has a natural curiosity, he’s super approachable and he’s very down to earth… despite the fact that he’s recognized instantly (and) everywhere he goes, haha!

“He has touched countless lives over the years through his community work, his reporting and his passion projects. I know he will continue to leave his mark, connect with people and tell powerful stories, long after he’s gone. It just won’t be behind the news desk.”