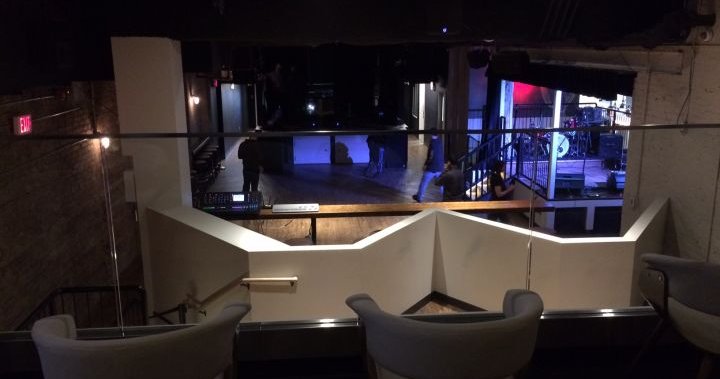 Downtown Edmonton has a new live music venue that aims to succeed where others have failed.

RELATED: Local Musicians Struggle To Save Edmonton Buildings From Demolition

Records lie above the bar at The Needle.

Littke said the venue has already booked acts for the next three months and will feature a mix of well-known acts as well as emerging local artists.

“It’s really just another great place for them to play and bring their music to the guests. Edmonton is filled with a ton of great bands that are on the rise, and we’re happy to have them at home, ”he said.

Several other music venues in the city have closed in recent months. Littke said The Needle will be successful because of two things.

“Many of these venues were not quite the size we are, nor did they include food and drinks. So what works well for us when we take a two-pronged approach. [We’re] make sure we pay the bills every month, ”he said.

It’s clear that music is at the heart of The Needle – vinyl records adorn the walls and even hold a presence above the bar.

“It is important to us to make sure that we represent the very diverse and full Edmonton music scene,” he said.

“We’re music centered so [affects] how we design our building, be it the green space or the stage. We focus on ensuring that the artist is well looked after. “

The Friday evening show with Joel Plaskett and Borscht and the Saturday show with Shout Out Out Out Out, Teledrome and Boosh! are both sold out.

Plaskett, a musician from the Maritimes, has performed in various locations in Edmonton since the 1990s.

He said the live music experience is something that cannot be reproduced.

“Live music is … one of the few things that the digital universe cannot replace, the experience of watching it,” he said.

“The reason I started playing was to get up in front of a crowd. I’ve always liked this sharing of energy. It’s collective. “

Despite being his first visit to The Needle, Plaskett said he was a fan.

“I am always encouraged when a new place is opened because the climate can be a challenge at times. But I think the live music experience won’t go away, ”he said.

“You need a certain courage to open a venue. Obviously, the community looks after a live music venue. I think Edmonton needed a venue this size. “

Fans who grabbed The Needle on Friday night said the venue added something to the city’s art scene.

“It’s definitely good to see. It brings a lot more people together and is good for culture, ”said Gowan Colley.

“There’s going to be a place where people can show off their bands and get known in a really funky, hip place,” said Tricia Campbell.

Edmonton Elks “honor” Joey Moss, who was “sorely missed” by the group

TOGETHER WE FRINGE runs from August 12th. till 08/22 and celebrates Edmonton Fringe