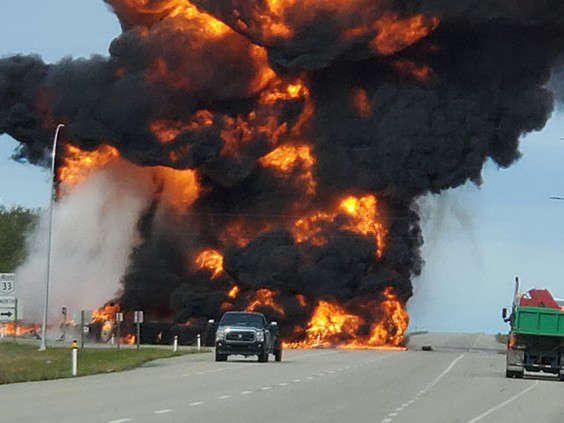 Highway 43 near Lac Ste. Anne was locked in both directions late Friday morning after an accident with a tanker truck.

Police were called about the scene near the Gunn Junction on Highways 43 and 33 northwest of Edmonton at around 10:20 a.m.

Flames and heavy smoke could be seen in photos of commuters in the area.

Both drivers were rushed to the hospital in an ambulance, although RCMP still had no details on their condition.

Several explosions could be seen from the scene. 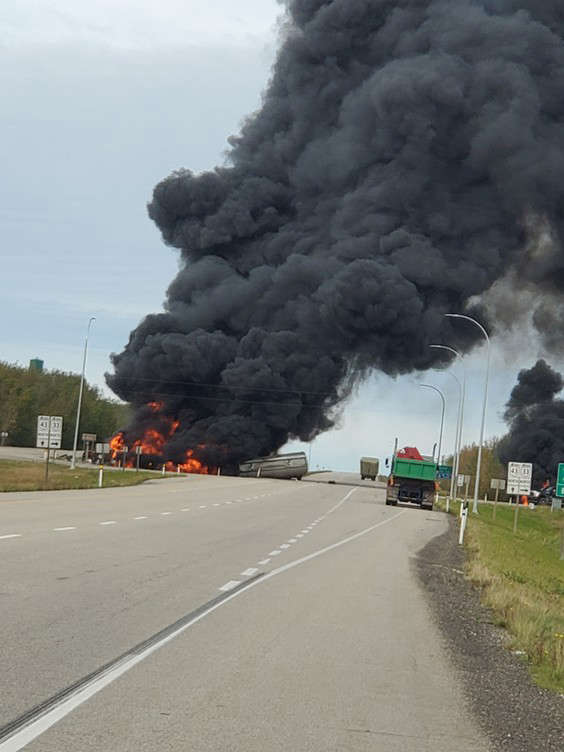