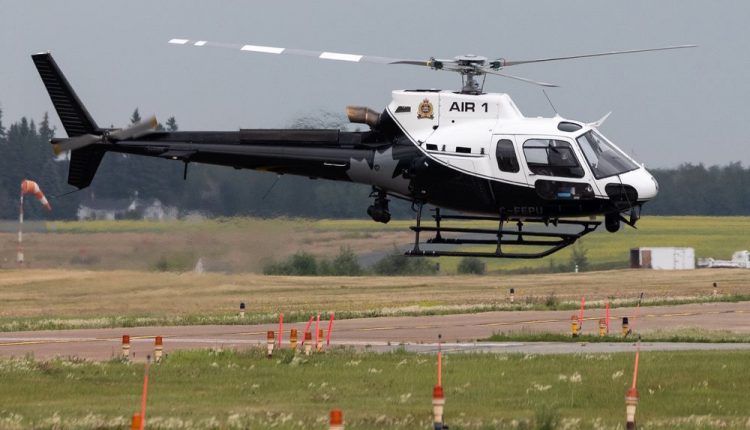 Two motorcyclists were charged after allegedly driving up to 200 km / h on the streets of the city early Sunday morning.

Patrol members of the Northwest Division of the Edmonton Police Service were on St. Albert Trail and 128 Avenue when they saw two motorcycles traveling south at high speed.

Police say the laser radar measured the motorcycles at around 2 a.m. at a speed of 134 km / h

EPS officers tried to stay near the motorcycles, but police said they drove through a red light on 130 Avenue at 150 km / h.

Instead of chasing the motorbikes, the police said the officers called the Air 1 police helicopter to follow them westward from the sky on the Yellowhead Trail.

The bikes took an exit and stopped at a red light on 170 Street, where officers from the Northwest Division turned behind them. According to the police, the motorcycles then started “a criminal flight”, passed another red light and drove south at around 200 km / h.

Air 1 continued tracking the motorcycles, which reportedly ran over multiple red lights and kept dangerous speeds to a residential area in northwest Edmonton.

Air 1 led patrol members on the ground, and police say one of the motorcyclists was found in the back yard of the house while the second driver surrendered to officers.

The police issued a search warrant in the apartment and confiscated both motorcycles, riding equipment and brass knuckles.

Gayath Al Brmawi (24) and MHD Yasin Souidan (20) are both charged with criminal escape and dangerous vehicle operation. Souidan is also charged with possession of a prohibited weapon.

Police are in search of suspect who picked up the skirt of a 15-year-old lady in an Edmonton retailer – worldnewshere.web

Edmonton Climate: Excellent Day to Get Out and Play! Your solely drawback shall be deciding which wonderful occasions to take with you