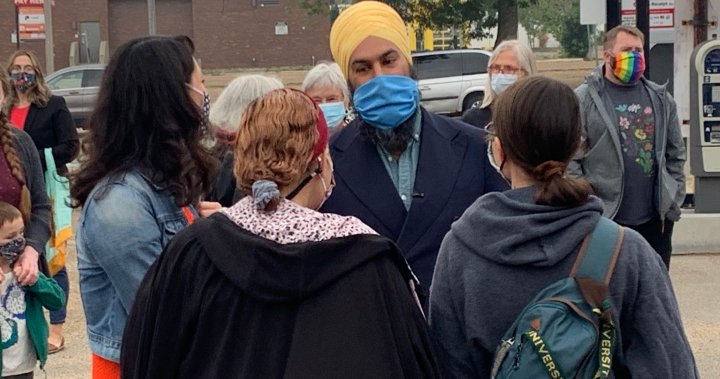 It’s part of a three-day provincial road trip that began with a visit to Calgary on Saturday.

After his stopover in Edmonton, he will meet with the Grand Chief Vernon Watchmaker of the Confederation of Treaty 6 of the First Nations and the Council of the Metis Settlements Treaty.

On Sunday, Singh was asked whether his campaign-like visit was also a signal for an upcoming federal election.

“I don’t think we should go to elections, we should give people the help they need,” said Singh. “I want to go back to work. Let’s go back to Ottawa in September and keep helping the people. If [Justin Trudeau] calls in, we are ready to go. “

Singh told reporters that his party’s establishment plan would invest in a diversified Alberta economy, infrastructure and support for workers in the energy sector.

“Alberta was bad for energy and resource workers before the pandemic,” said Singh. “We saw that there are ways to retrofit industrial and commercial buildings that would get these workers to work. We know that oil well rehabilitation also creates employment opportunities. “

In the event of an election, Singh said investing in childcare was a priority for the federal NDP to help women affected by the pandemic get back to work.

Singh also noted local calls for health care support – and pledged that if elected, his party would increase state health transfers to the provinces.

According to the Union, the Alberta government is proposing a 3% salary cut for nurses to keep the budget in line

Singh also discussed Alberta’s referendum on the settlement. He said he was open to giving Alberta a “fair transfer”.

Singh was joined by Edmonton Strathcona MP Heather McPherson, the party’s only MP in Alberta.

Edmonton houses are displaying no indicators of overheating