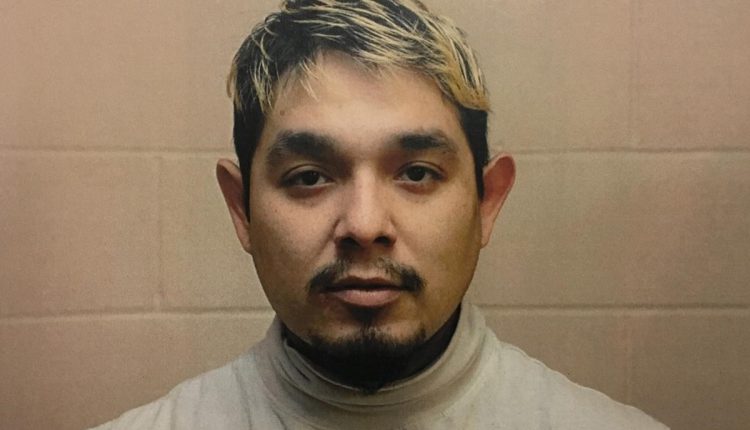 EDMONTON — A man who was convicted of manslaughter in his young son’s death has been released from prison under supervision after serving two-thirds of his sentence.

Joey Crier and his then-girlfriend, Tasha-Lee Mack, were each charged with second-degree murder in the death of Crier’s 19-month-old son, Anthony Joseph Raine.

The toddler’s lifeless body was found outside Edmonton’s Good Shepherd Anglican Church in 2017. Court heard the child suffered abuse before there was a fatal blow to his head.

Crier, 31, was sentenced to 9 1/2 years in prison in August 2020. His sentence, however, was reduced to three years because he was assaulted in jail and spent much of his pretrial time segregated in protective custody.

Documents released Wednesday by the Parole Board of Canada show Crier got statutory release, which means he’s still supervised in the community, earlier this week.

They note the board made the decision to impose special conditions, including a residency condition, on Crier’s release “to protect society and to facilitate (his) successful reintegration into society.”

Other special conditions include following a treatment plan for substance abuse and mental health, having no contact with certain people, not consuming alcohol or drugs, and reporting relationships with women.

“In the board’s overall analysis it has not lost sight on the serious and violent nature of your index offence, which resulted in the loss of life to the child victim,” says the parole board document.

“Your neglect and violent actions toward the child contributed to the child’s death and the harm and trauma caused to the victim’s family has not been lost on the board.”

During his sentencing hearing, Crier said in a statement that he was “truly and deeply sorry” for what happened.

Court also heard victim impact statements from Anthony’s mother, Dalyce Raine, who said she trusted Crier with their son and didn’t want to believe he was gone.

The parole board notes Crier, who’s Indigenous, was raised in a First Nation community where he was exposed to his culture and attended ceremonies and cultural events.

It says his parents separated when he was young and he was raised in an environment where he was exposed to substances and domestic abuse.

The board says he has accepted some responsibility for his actions and has displayed some victim empathy during his time in prison, but appears to minimize the seriousness of his role in the offence.

It says Crier wanted to live with his mother in his home community, but two nearby residential facilities have accepted him.

“It is assessed that you require a high level of structure and support in your reintegration so that you do not engage in further violence or harm,” the parole board wrote. “There were concerns about you returning to your home community regarding your safety.

“The board also imposes a residency condition because it is satisfied that, in the absence of a condition requiring you to reside in a community-based residential facility or a psychiatric facility, you will present an undue risk to society.”

Mack was sentenced to 8 1/2 years for manslaughter, which was reduced to five years due to time served and difficult conditions in the remand centre. She was granted day parole last year.

This report by The Canadian Press was first published July 20, 2022.

Style of Edmonton is again to regular on Churchill Sq.