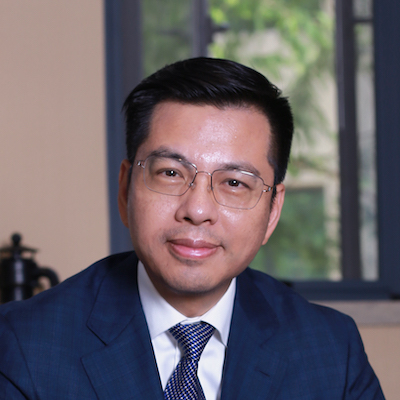 Evertrust Development Group has purchased the final development site available in Edmonton’s Muttart Urban District, a 1.41-acre property where it plans to build up to 366 residential units in a 32-storey tower.

The Muttart Urban District is a master-planned urban redevelopment community located just off the Edmonton River Valley east of the downtown. It is adjacent to the newly upgraded Stadium LRT station and one LRT stop from the downtown core.

“Its strategic location, large population, major cultural and educational centers makes investing in Edmonton an easy choice,” said Zhou. “We believe our past success and experience in Ontario and internationally will bring great value to the City of Edmonton and its people.

“Our site is strategically located next to the LRT which connects you to the entire city, the stadium and scenic trails along the river. All of this and more helps us create a happy, healthy, high-end and affordable lifestyle.”

No purchase price for the site was disclosed.

Evertrust’s plans for the Muttart property

Evertrust said it will build a luxury high-rise condo building that remains affordable.

It said the majority of the project will be one-bedroom-plus-den units and it will have resort-style amenities including an exercise room, party room, games room, home office space, pet washing station, lounge area, underground parking, lockers, indoor and outdoor amenities.

It also plans to include townhomes, large terrace suites and penthouses in the project.

The company is estimating it will begin construction in about 18 months and the project will be completed in about 30 months.

“Everything we do is customer-oriented and we strive to solve our customers’ four pain points which (are) timing, quality, property management service and affordability,” said Zhou.

Brookfield Residential sold all four individually titled sites at Muttart Urban District, each with their own characteristics and potential for urban development.

The first three sites were purchased by the Rohit Group of Companies, which plans to build between 700 and 730 units in the community which it has branded Stadium Yards.

Stadium Yards is a seven-acre mixed-use urban village that will be home to approximately 1,500-2,000 residents, a commercial main street and parks.

The first phase is completed and features two six-storey residential rental buildings and a commercial boutique space nestled between the buildings.

The commercial space is 100 per cent leased by Felice Cafe.

Cody Nelson, vice-president, capital markets for CBRE in Edmonton, said the company had originally been engaged by the family that owned the Muttart land in 2014 to find a buyer. The land was basically industrial use and primarily vacant.

The site was sold to Brookfield in 2015.

Then a couple of years later, CBRE was engaged by Brookfield to sell four individual parcels on the nine-acre site.

“Brookfield’s role was as the developer of the site: acquiring the site, updating the entitlements, getting it development-ready, getting all the approvals in place, all the various workings with the city, partnerships with the city in some cases to improve the surrounding infrastructure like the LRT crossing for instance, and so on,” said Richard Westren, senior vice-president of planning and policy for Alberta at Brookfield Residential.

“We then became the vendor of the site, selling it off to private builders that would build the actual residential structures themselves.

“This final sale that we’re dealing with now is our final sale. It’s the fourth parcel. We would be done as the developer with the exception of any trailing obligations we have through agreements with the city.”

The Muttart Urban District has direct access to Jasper Avenue, a major East-West corridor through the downtown core.

It is walking distance to Commonwealth Stadium and Commonwealth Recreation Centre, which has an aquatic centre, field house, fitness center and gymnasium.

The district is located just east of Edmonton’s financial district, Rogers Place and the ICE District.

Westren said the site’s proximity to so many amenities “makes it absolutely ready for redevelopment and it’s the closest site to the downtown core right now on a light rail transit track. There (are) other sites that are on that rail line, but they’re a little bit further out.

“It’s aligned with the City of Edmonton’s goals for creating transit-oriented development around these locations, especially in the outer edges of the downtown core,” he said.

Nelson said the original appeal of the site going to Brookfield was that it offered such a tremendous opportunity to “catalyze the gentrification of a highly amenitized and under-utilized area.”

“To put together a site that is near any of these site sizes is pretty rare. This allowed developers to utilize the same sort of build efficiencies they would in a suburban context, but in the urban core,” said Nelson.