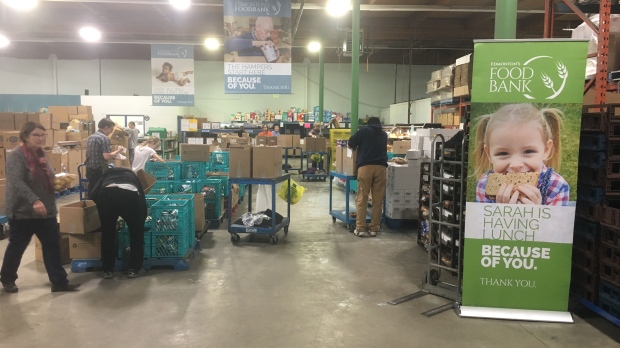 EDMONTON – More people than ever have accessed Edmonton’s Food Bank in the past month, according to newly released figures.

The majority of families who used the blackboard were single parents, and people between the ages of 31 and 44 were most likely to have access to it.

The Edmonton numbers contrast with a nationwide trend where food bank usage has stabilized this year, with roughly the same number of total visits as in 2018, according to a report by Food Banks Canada.

“While the number of grocery bank visits is still shockingly high for a month, it is 1 percent lower than last year,” the report said. “This corresponds to strong economic indicators such as low unemployment rates.”

The report also found that the overall percentage of children who have access to food banks is decreasing, although teens under the age of 18 are still over-represented.

Edmonton’s Food Bank shared the dates as it prepared to launch its 2019 Christmas campaign.

“These goals are essential so that the organization can offer festive communal meals and baskets while ensuring services that will remain consistent through 2020,” Edmontons Food Bank said in a press release.

Nearly 400 Edmonton events are planned to raise funds and funds for the panel this year, including YEG Candy Cane Lane, a giant Christmas lights that takes place in Edmonton’s Crestwood community.