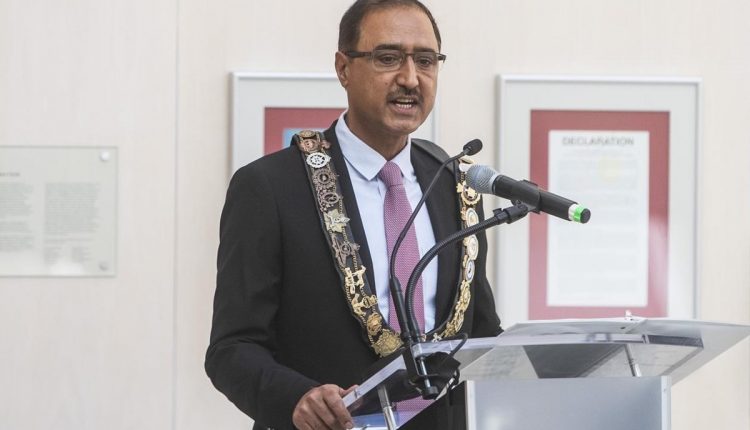 EDMONTON — The mayor of Edmonton is calling on the Alberta government to investigate the actions of police in the days before two men were killed in the Chinatown neighborhood.

Amarjeet Sohi says in a statement Friday that the justice system and policing failed the two victims.

Jason Bone has been charged with second-degree murder in the deaths of Ban Phuc Hoang and Hung Trang.

Sohi says the suspect should never have been released from the Edmonton Remand Center without a proper plan for housing and treatment.

RCMP say on May 15, Mounties dropped Bone off in Edmonton from a rural community and left him near a social services centre, then notified Edmonton police, who said they spoke to Bone but could not detain him because he hadn’t committed a crime.

Bone is accused of beating the two victims to death in Chinatown on May 18 in separate attacks.

“I strongly suggest the Solicitor General conduct a comprehensive review to get to the bottom of the situation and help close the gaps in the system to ensure this never happens again,” Sohi said Friday.

“The harm caused in this situation is irreversible, and highlights a lack of transparency and accountability that must be addressed.”

Sohi said the situation was not a one-off or a mistake.

“People are being dropped off into our community next to social services without any plan or accountability.”

Sohi said he has also asked the Edmonton Police Commission to review what “led to this failure to keep Edmontonians safe.”

The RCMP said in a release that it is conducting a review of what happened that will examine the decisions officers made, current policies, gaps in support systems, and how it coordinates its response with other agencies.

The RCMP said it is imperative that all agencies involved look at the actions “that ultimately lead to an outcome no one ever wants.”

“The Alberta RCMP is keenly aware that not all matters police officers respond to require a police response alone,” reads the statement.

Edmonton’s Chinatown district said the actions of the RCMP in relation to the two deaths show why people who are volatile and dangerous cannot be dropped off and abandoned in their community.

“This recent update is simply more bad news for families already dealing with immense tragedy,” the community said in a statement.

“This is why the conversation about decentralizing and desaturating social services in Chinatown matters. Chinatown will continue to work with key partners in support of their recent commitments to make our community safe.

“We will not give up hope.”

This report by The Canadian Press was first published June 10, 2022

— With file from CTV