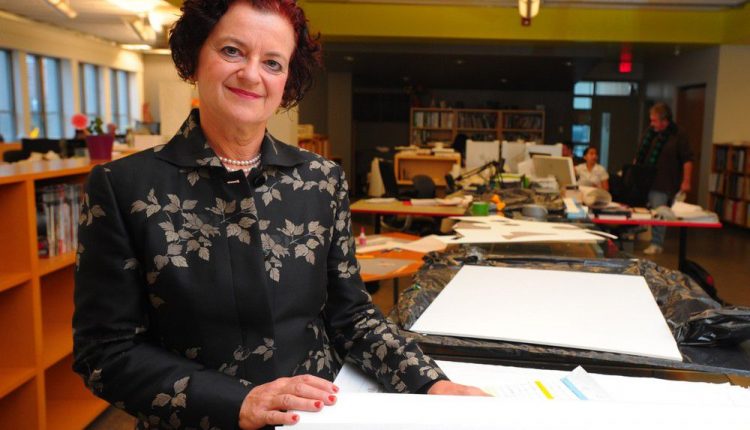 “There is no architectural tradition that works with the community (in Romania) and it is needed. It is part of what sets us apart in this market.”

Edmonton architects Manasc Isaac have chosen a location similar to their home for their first office outside the province, but far away – they have opened a branch in Romania.

Two architects from the Eastern European capital Bucharest have returned home after two years working for the Edmonton and Calgary office to found Latitudine53 by Manasc Isaac.

Senior boss Vivian Manasc expects the design studio to do well in the former communist state.

“An amazing reorganization is taking place here, with European companies building and expanding their development in Eastern Europe,” she said from Bucharest this week after a reception for the official opening of the new office that attracted Canada’s ambassador and commissioner for trade.

“I think there are companies from all over the world that are expanding into Romania because of the talent pool that is here.”

The country is comparable to Alberta in many ways – it has a major oil industry, gross domestic product is roughly the same, and winters are cold.

Like Edmonton, Bucharest has numerous aging structures that need to be refurbished.

“Many of the design challenges we’ve learned to solve here over the years are the same in Bucharest,” says Kent McKay, the company’s communications director.

“The city is reinventing itself. This is our wheelhouse … There’s a lot of concrete architecture from the communist era that people today don’t find aesthetically pleasing and (don’t) work like modern buildings. “

According to Manasc, a huge advantage for the company, which was founded in 1997 and opened its only additional office in Calgary in 2012, is the decades of work on creating sustainable buildings for cold climates.

But she also has a personal connection with Romania – she was born in Bucharest and her family immigrated to Canada as a child in the 1960s.

While she doesn’t believe family ties lead to business, she speaks the language, which helps.

The company also knows how to work with others.

“I think the core of what we are Canadians is that we are really good at working and dealing with multiple stakeholders and different viewpoints,” she says.

“There is no architectural tradition that works with the community (in Romania) and it is needed. It’s part of what sets us apart in this market. “

The 55-employee company is behind Edmonton projects such as the Mosaic Center for Conscious Community and Commerce, 2003 91 St. SW, Canada’s first net-zero commercial office building, and the new PCL headquarters at 9915 56 Ave. NW.

Manasc is unsure where their expansion into Bucharest will lead.

“We grew from Edmonton to Calgary and now to Romania. Romania is part of the European Union … We’ll see how it develops. “