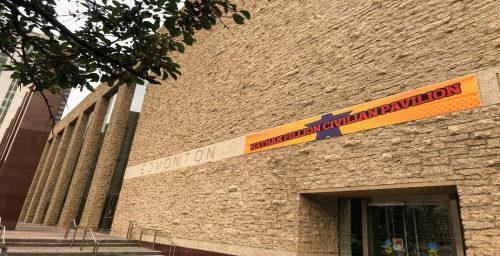 With the help of thousands of petitioners and the cast of the Suicide Squad, Nathan Fillion’s civil pavilion has become a reality for Edmonton.

The City of Edmonton announced Friday morning that City Hall would be renamed the Nathan Fillion Civilian Pavilion in celebration of the movie’s release for the weekend.

What is a “more civil pavilion” than Edmonton’s own City Hall?

For this weekend we have renamed our City Hall Pavilion the Nathan Fillion Civilian Pavilion to celebrate the premiere of #TheSuicideSquad! pic.twitter.com/pGNFZe10NA

The gesture follows an excerpt from the cast that supports the idea of ​​naming a small building in a new Edmonton park the “Nathan Fillion Civilian Pavilion”.

Since the clip was released on Tuesday, the petition has garnered more than 27,000 signatures.

Nathan Fillion will play Cory Pitzner, The Detachable Kid (TDK) in the film.

Edmonton Climate: I am unable to carry it for you, however I can carry you