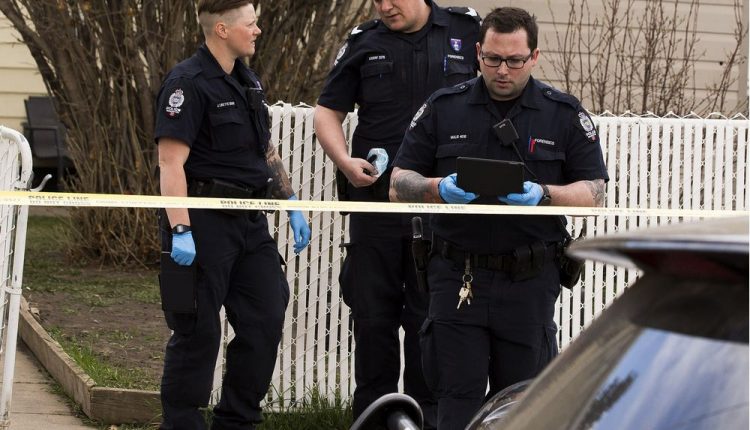 Edmonton Police Department has charged a 19-year-old man with first degree murder after an 18-year-old man died over the weekend.

Officials responded on Saturday to a gun report on 90 Street and 134 Avenue that discovered a man with life-threatening injuries, police said in a press release on Monday. Identified as Paul Onalik, the man was treated and taken to hospital, where he later died of his injuries.

According to the police, the victim and the accused knew each other. An autopsy is scheduled for Wednesday, but the police classify the death as a homicide.

Onalik’s death is the eighth murder of the year. Edmonton’s deadliest month was January when four murders were reported.

The last two happened in March. The first involved a fatal accident that occurred shortly after 2 a.m. on March 15. Police were called following reports of an attack in the 119A Street and Rutherford Road area. The officers learned that there was a fight between two men in the street. One of the men got into a vehicle, drove with the other and left the scene, informed the police.

When the police arrived, they found Brad Coates, 31, injured on the street. The ambulance service was called to the scene of the accident to treat him and bring him to hospital with life-threatening injuries. Coates died of his injuries on March 25th. An autopsy was performed on Tuesday and revealed that he died from a blunt violent trauma.

The defendant is now charged with first degree murder.

A few days later, on March 26, police responded to a gun report in an alley near 103 Street and 132 Avenues after gunfire was heard. Two men were taken to hospital, one with life-threatening injuries and the other in critical condition. On March 27, 20-year-old Ibrahim Abdihakim Omar died of his injuries. An autopsy carried out a few days later determined that the death was a homicide.

The police have not yet announced any arrests related to this investigation.

Anyone with information on the investigation is asked to contact the homicide squad.

– With files from Dylan Short and Anna Junker

Uncover why Edmonton, Alberta is one in all Canada’s hottest journey locations