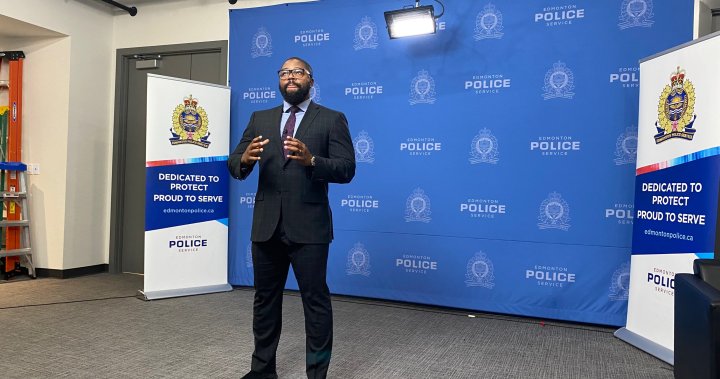 Earlier this week, the Edmonton Police Service said the composite sketch was compiled and released as a “last resort” in hopes of identifying a man wanted for violent sexual assault in March 2019 in north Edmonton.

The sketch was created by an American DNA technology company that uses DNA phenotyping to create a composite “snapshot” sketch of the suspect’s approximate appearance based on DNA.

Police said the assembled sketch shows what the suspect might have looked like at the age of 25 with an average body mass index of 22. Police said the default values ​​were used because age and BMI cannot be determined by DNA.

The EPS stressed that the sketch was an approximation of what the person would look like and not an exact replica. Police said the suspect may be older, have shown a different body composition, and possibly facial hair or a different hairstyle than what is shown in the composite sketch.

The EPS said it had exhausted all other investigative methods to find who was responsible, adding there were no witnesses, no tips, no CCTV footage and no leads.

On Thursday morning, the officer in charge of overseeing the Sexual Assault Division issued an apology.

Enyinnah Okere, who is also COO of the Office of EPS Community Safety and Wellbeing, said “legitimate questions” about the suitability of the technology have been raised in recent days.

“The setback has been stigmatizing … a racialized community and criminalizing it with a broad photo like this,” Okere said.

“The potential for a visual profile to offer far too broad a characterization within a racialized community, and in this case the black community in Edmonton, was something I didn’t adequately consider.

“It is important to balance the potential investigative value of a practice with the all-too-real risks and unintended consequences for marginalized communities.

“Any time we use a new technology — especially one that raises concerns about profiling a marginalized group — we cannot be too diligent about how we validate those efforts and fully and transparently account for the risks.”

Temitope Oriola, professor of criminology and sociology at the University of Alberta, called the situation a “case of bad science meets bad ethics.”

“It has prioritized enforcement of the law over police legitimacy and the damaging consequences for the public,” he said Thursday afternoon. “I’m glad they didn’t try to insult the intelligence of the public by claiming they didn’t know that this could likely be a problem.

“We expect the police to investigate crimes, release pictures of suspects, hoping they can find and arrest and prosecute some suspects. But this particular picture crossed a line and I think they knew that and should have known better.”

Oriola said DNA technology is an emerging science and not the most reliable at the moment. He said agencies should be careful when relying on this type of technology, adding that the science will evolve and be perfected over time.

“Technical solutions are fine, but you have to be sure of what you’re getting,” Oriola said. “We can only hope that this technology will be improved and put to good use in the near future. I recognize that science can be perfected — that happens over time.”

Earlier this week, Global News spoke to a professor of legal studies at Mount Royal University who said there was a risk of racial profiling if the sketch wasn’t as accurate.

“By putting together a composite, we impress people that we want the person to look like this. So you have to beware of that, because that’s when the problem becomes, “I see someone who looks like this — my next door neighbor.” And it turns out it has nothing to do with that person.”

Okere said police tried to balance the benefits and limitations of the phenotyping technique, adding he felt police were aware of its limitations.

“We’ve heard legitimate external criticism and done our own gut tests internally to see if we’ve struck the right balance, and as a leader, I don’t think I’ve done that,” Okere said.

“While the tension I felt about this was very real, I prioritized the investigation – which in this case involved seeking justice for the victim, who is herself a member of a racialized community, versus the potential harm to the black community.” . This was not an acceptable compromise and I apologize unreservedly for it.”

Chief Dale McFee said that while he was not involved in the decision to release the sketch, he supports his team in trying everything to solve the case.

“I saw the picture last night and unfortunately it describes far too many people in our community,” McFee said.

“I think the generic portfolio in terms of going out isn’t going to benefit anyone. In fact, it might just create a whole bunch of confusion and lead us down different paths.”

The EPS has since removed the sketch from its press release, website and social media pages. It will also review its internal processes “to better ensure that the appropriate, robust and stress-tested tools are in place to better inform our decisions on such matters going forward.”

Okere didn’t say directly that the EPS would stop using the technology going forward, but additional processes would be put in place for future use.

The case in question dates back to March 10, 2019, when police said a woman was violently sexually assaulted and left in a field in north Edmonton.

“She was just going home and this suspect randomly attacked her. It was a very violent incident when she was left in the middle of a field in the snow, it was -27C that night,” Det. Colleen Maynes of the EPS Sexual Assault Unit said on Tuesday.

“She has sustained some injuries and fairly serious injuries.”

“It’s the kind of case that a victim may never fully recover from, made worse by the fact that they haven’t received justice after two years,” he said. “She deserves our continued effort and focus, and we will not abandon our efforts for her.”

Okere said police had received no leads in the case after the photo was released Tuesday.

Police said they will continue to seek justice for the victim in the case.