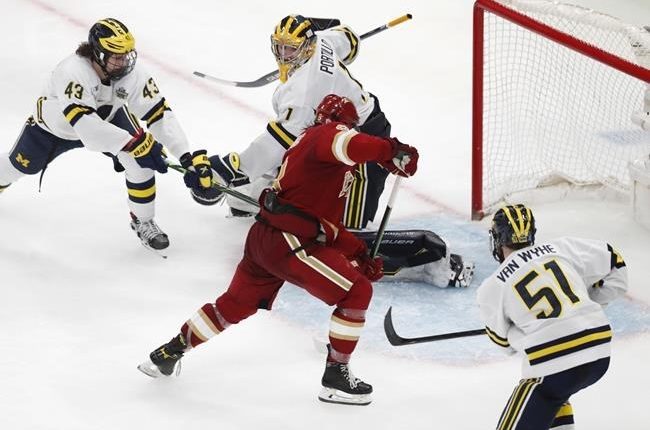 EDMONTON — The Edmonton Oilers have announced that they have signed forward Carter Savoie to a three-year, entry-level contract beginning with this season.

Prior to his time with the Condors, he helped the University of Denver win the 2022 NCAA National Championship, scoring in three of the team’s four games during the tournament.

A sophomore with the Pioneers this season, the St. Albert, Alta., native scored 23 goals in 39 games and has racked up 65 points in 63 games over the two seasons he’s played collegiately.

Edmonton initially selected Savoie in the fourth round, 100th overall, in the 2020 NHL draft.

This report by The Canadian Press was first published May 11, 2022.