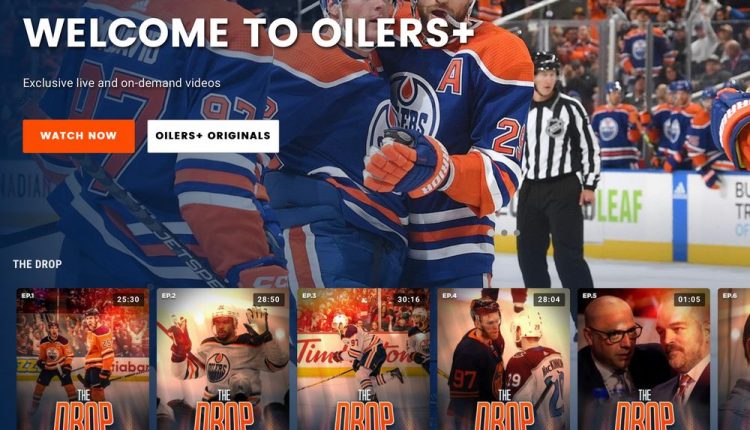 The Edmonton Oilers are skating into the streaming space with a new year-round service.

The team announced Tuesday that it hopes that the league-leading interest fans have demonstrated in content about the five-time Stanley Cup champions will translate to annual subscriptions to Oilers+ as they kick off the campaign for their sixth.

For $8.99 a month or $59.99 per year, the service promises to act as an “all-access pass to the hockey club both on and off the ice,” with live pre and post-game shows for every Oilers game, a live feed from the podium and locker room “every time Oilers coaches, players and management step up to the mic,” and live practice coverage at home and from the road.

The plan is to fill out the service, which is to run year-round, with “archival content and lifestyle programming from Rogers Place and ICE District.”

Stew MacDonald, president and chief revenue officer of the Oilers’ parent company, OEG Sports & Entertainment, says Oilers+ is the next logical step for a team with possibly the most interested fans in the NHL.

“Oilers fans have always been league leaders when it comes to consuming their team’s content,” he said in a news release. “Whether it’s our TV broadcasts on Sportsnet, our radio broadcasts on 630 CHED, our website, our team app or our social media channels, our fans continually rank near or at the top of all audience, visitor and engagement metrics in the NHL.”

Oilers+ is available for download on smart TVs, mobile devices and PCs now. Fans can sign up for a free three-day trial at OilersPlus.com.

17 of the perfect issues to do that weekend in Edmonton: December 16 to 18