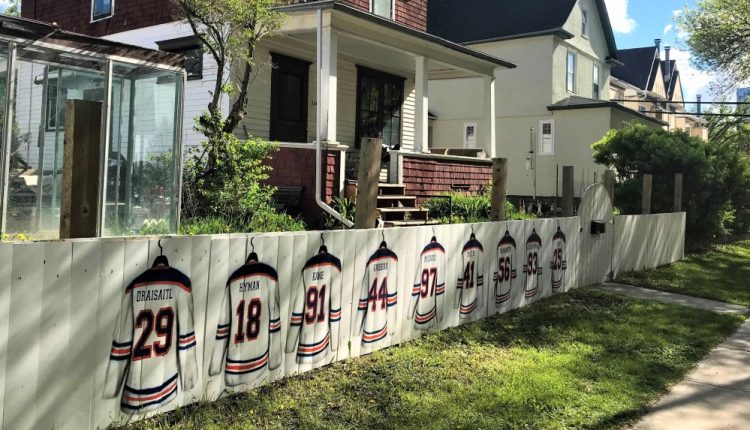 A memorable fence in downtown Edmonton has a new look.

For years, an image of a snake coiled around a nude body has decorated the front of a house on 102 Avenue and 116 Street.

But in honor of consecutive playoff victories not accomplished since 2006, the fence now features the jerseys of nine Edmonton Oilers, including Connor McDavid, Leon Draisaitl and Mike Smith.

“We’ve been in such a drought for all these years, so to see the excitement in the city is overwhelming. So it really just inspired us to step forward with this project,” Al Lawrence told CTV News Edmonton.

He shares the house with roommate Warren Sillanpaa. The new creation was a team effort, and it’s been popular so far.

“I could sit outside here and it’s just constant positive responses, and people are really just behind this fence,” Lawrence said.

He has also witnessed the reactions of a handful of Flames fans, now bounced from the playoffs by the northern side in the Battle of Alberta.

“Oh yeah, we get a few of those guys. Most of them are going golfing, from what I understand. But yeah they come by and grumble a little bit,” Lawrence said with a smile.

A snapshot of the fence, before the theme change. (Source: Google)