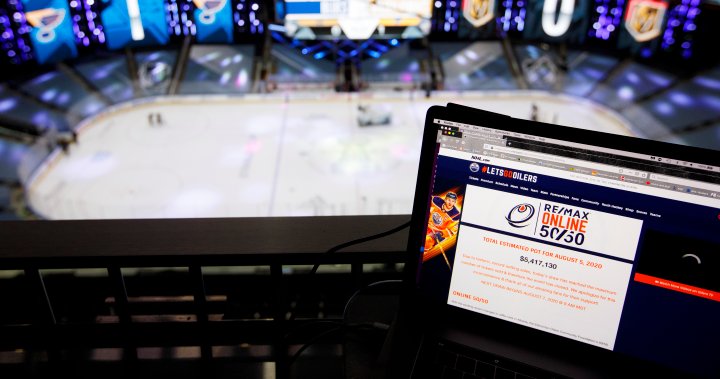 Going virtual was a necessary evil for many of us during this pandemic – but it was wonderful for the Edmonton Oilers Community Foundation.

New rules allowed the organization to run 50/50 online on game day of the Edmonton Oilers.

“Our 50/50 program has been an amazing success,” said Natalie Minckler, executive director of the Edmonton Oilers Community Foundation.

“The response we’ve seen from Albertans has been absolutely incredible.”

The online option was first offered during the Stanley Cup play-in round last year when a pot hit more than $ 15 million and Oilers fans crashed the system (the organization has since switched technology providers ).

The prizes have come down a bit since then, but the EOCF is still bringing in millions more than it was before the online lottery. This season, the Community Foundation claims to have sold 50/50 tickets worth $ 30 million.

Half of the pot goes to the winner and the other half goes to the community foundation, which distributes the money to various charities and community groups.

Minckler said $ 15.5 million had already been paid out this year. In 2019, the organization announced that it had spent $ 4.3 million.

“The dollars we reinvest are so important, especially in these unprecedented times,” Minckler said.

The online option was life-saving for the foundation.

The Oilers had no fans participating in games this season, so personal 50/50 were not an option.

Traditionally, the community foundation also organizes other fundraising events such as golf tournaments or galas, but these were also out of the question this year. The online 50/50 was the only source of income.

1:52
Some charities are struggling during the COVID-19 pandemic

Some charities are struggling during the COVID-19 pandemic – October 24, 2020

The charities that benefit from the Community Foundation are grateful the money came in because they face the same fundraising hurdles and each of their own 50/50 attempts failed to raise the same money as an Oilers.

“We had some challenges as an organization over the past year trying to navigate and change over time,” said Marjorie Bencz of Edmontons Food Bank.

“The public events that brought a lot of food when people went to them – neither can we.”

The Edmonton Oilers Community Foundation worked with various charities on certain game nights. Edmonton’s Food Bank received a portion of the $ 1,983,870 pot on March 10 as the team honored the life of Walter Gretzky.

“When we have cash and money flowing into us, we can buy groceries, buy the things we need, and get on with our business.”

The Central Alberta Child Advocacy Center benefited from the 50/50 draw on May 1st. The organization supports victims of child abuse and internet attraction. They also offer help and resources to their families.

Mark Jones, the centre’s executive director, said he wanted to expand the program, but money has always been a limiting factor.

The night the Child Advocacy Center was supposed to receive some of the 50/50 proceeds, Jones watched the pot keep growing. At one point it jumped $ 7,000 every minute, reaching $ 1.86 million.

“It was just an amazing gift,” said Jones.

“We are trying to set up programs to help children and their families deal with this. [The 50/50 money] gives us the stability for a few years to make some of our dreams come true. “

Natalie Minckler points out that the season is not over yet. The excitement grows as the Oilers prepare for the playoffs and the hope is that the excitement translates into even bigger 50/50 pots and even bigger transfers to charities.

The first two games of the playoffs will raise funds for 40 different hospital foundations in northern Alberta. Minckler said the group aims to support frontline health workers during the pandemic.

The more money the lotteries bring in, the more inquiries the community foundation receives. Minckler said it was difficult to decide where the money was going, but given the challenges so many face, it’s a good problem.