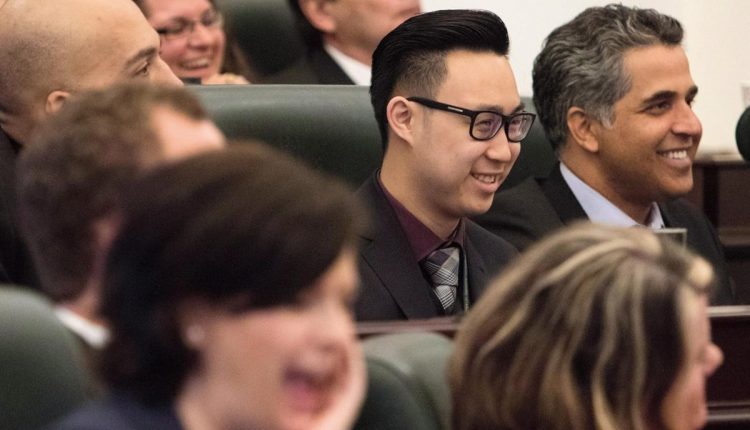 EDMONTON — An Alberta legislature member investigated by the RCMP after he admitted to hacking into a government health website says he will not face criminal charges.

Thomas Dang says in a statement he will instead have to pay a yet-to-be-determined fine for contravening the Health Information Act.

Dang resigned from the NDP caucus when he became aware of the RCMP probe in December 2021.

He has been sitting in the house as an Independent but says he wants to return to caucus.

NDP Leader Rachel Notley, when asked in Calgary, said she was not aware of the development but would get more information and discuss it with the caucus and party.

She had said Dang, who represents the constituency of Edmonton-South, would not be allowed to sit in caucus or run for the party in the next election while under police investigation.

“I am excited to put this matter behind me, and I am grateful to the RCMP and the Crown prosecutor for working quickly to achieve this resolution,” Dang said in his statement Thursday.

“I’ve learned a lot from this experience and will absolutely do things differently in the future if similar concerns or issues are brought to me.”

RCMP spokesman Fraser Logan said he could not confirm details about the case but that the investigation had been referred to prosecutors.

Dang is a second-term legislative member.

Police investigated after he admitted to using his computer to follow up on a tip from a constituent about possible loopholes that were allowing access to people’s private health information on the province’s COVID-19 vaccine website.

He later said that when he ran into roadblocks trying to breach the vaccination site, he used Premier Jason Kenney’s birth date and vaccination dates — both publicly available — which allowed him to breach the site’s privacy safeguards.

At that point, Dang said, he immediately stopped the search and told the NDP caucus, which in turn advised the government of the security breach. It was remedied soon after.

Dang said using Kenney’s details was a reasonable decision to make under the circumstances, given the premier has a high profile and could be a target of hacking.

The United Conservative Party caucus, in a statement, said, “Given the serious nature of this RCMP investigation and the resulting fine under the Health Information Act, MLA Dang should not be allowed to rejoin the Official Opposition caucus.

“Many questions still remain about Dang’s online activities, as well as Notley’s knowledge of them.”

This report by The Canadian Press was first published June 16, 2022.

Note to readers: This is a corrected story. An earlier version said Thomas Dang had been charged by the RCMP.